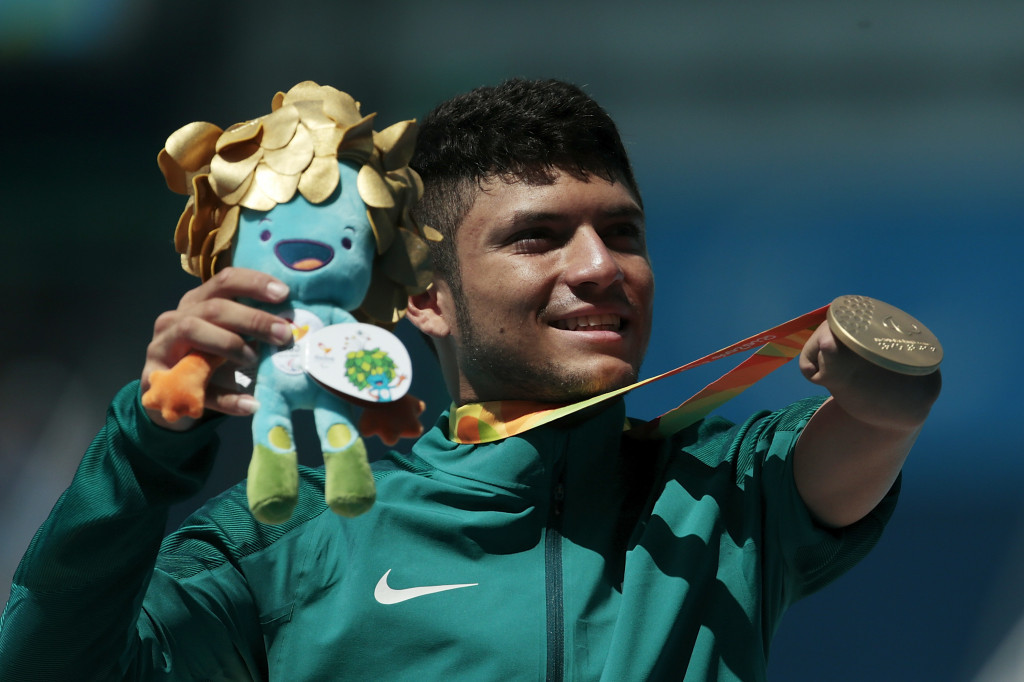 The 19-year-old started slowly in the final, but was able to come charging through the field to ultimately snatch the victory from his rivals, crossing the line in a time of 10.57sec.

Poland’s Michael Derus and another home hope Yohansson Nascimento both finished in 10.79, but the former was awarded the silver medal after a photo finish.

While Ferreira dos Santos was able to claim gold at his first attempt, experienced Paralympic campaigners Marcel Hug of Switzerland and Australia’s Angela Ballard are still looking to secure an elusive first title.

Hug, who has won six world titles during his long career, was denied victory in the men’s T54 5,000m final by Prawat Wahoram, with the Thai wheelchair racer securing victory in a time of 11min 1.7sec.

After ending one second further back Hug was left with silver, while Australia’s Kurt Fearnley rounded off the medal positions by ending in 11:02.37.

Fearnley’s compatriot Ballard would also claim a bronze, with the reigning world champion finishing the women’s T53 400m final in a time of 55.28 to seal a sixth Paralympic medal.

The United States’ Chelsea McClammer finished in 55.13 to win the silver medal.

Tatyana McFadden had headed into the Games with the aim of claiming seven gold medals in women’s T54 races, but saw her attempt ended when she was forced to settle for silver in the 100m.

Further American success was achieved by David Brown, who added to his world and Pan American titles by winning the men’s T11 100m final in a time of 10.99 seconds.

Britain’s Richard Whitehead successfully defended his men’s T42 200m title, with the world champion finishing in a winning time of 23.39.

A strong performance saw South Africa’s Ntando Mahlangu claim the silver in 23.77, while Whitehead’s team-mate David Henson won bronze in a time of 24.74.

Lauritta Onye provided one of the highlights of the field events, as the Nigerian smashed her own world record to win the women’s F40 shot put competition.

Her previous mark stood at 7.72m, which proved enough to win the world title last year, but the 32-year-old bettered the effort by throwing 8.40m.

Tunisia’s Rima Abdelli threw over a metre less with her best distance of 7.37m, but celebrated claiming a silver medal.

For a full breakdown of athletics results from day four, visit our Live Blog here.