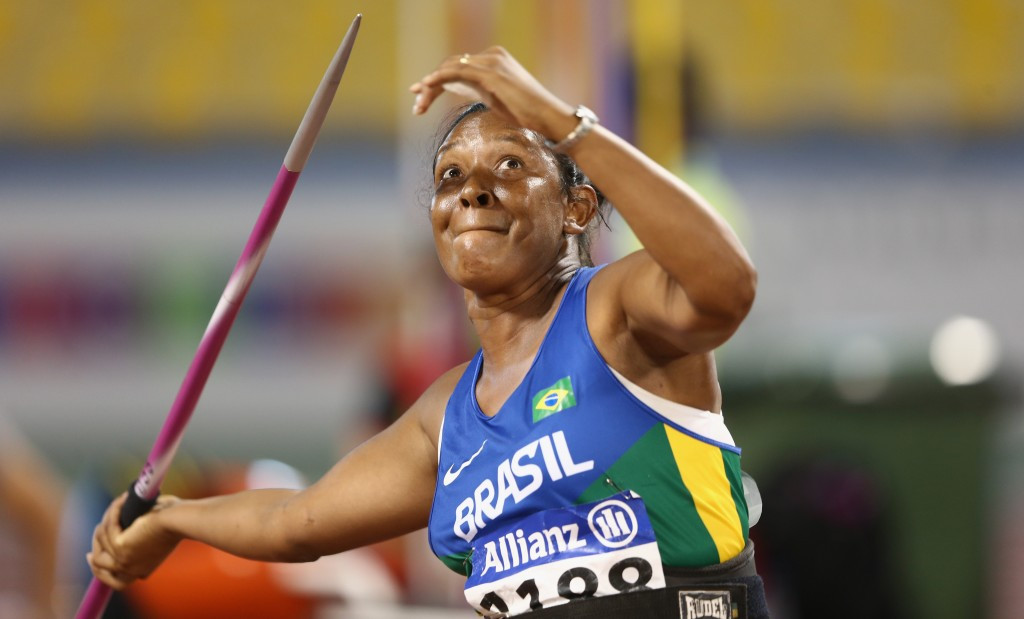 London 2012 gold medal-winning javelin thrower Shirlene Coelho has been chosen as hosts Brazil’s flagbearer for the Opening Ceremony of the Rio 2016 Paralympic Games, which is due to take place at the Maracanã Stadium tomorrow.

The 35-year-old, who won the F37/38 competition in London four years ago, beat 17 other candidates following a vote involving her Brazilian team-mates.

Coelho received 20 per cent of the vote, narrowly bettering judoka Antonio Tenorio, who drew 18 per cent.

She is the first woman to have the honour bestowed upon her and the first Brazilian flagbearer to be elected by her peers.

Among the other countries to name their flagbearer today is Canada, who have chosen veteran wheelchair basketball player David Eng.

Chef de Mission Chantal Petitclerc announced the three-time Paralympic medallist as flagbearer in front of his team-mates, praising his leadership and character, both on and off the court.

"I am really grateful for this amazing opportunity to carry the Canadian flag for my country at the Opening Ceremony in Rio," said Eng, who won gold at Athens 2004 and London 2012 and silver at Beijing 2008.

"Being selected as the flagbearer at my fourth Paralympics is the highest honour I could receive for dedicating my life and heart to the Paralympic Movement.

"This means so much to me because I truly believe Canada to be a world leader in celebrating diversity and inclusion, and in supporting athletes with a disability in high performance sport."

A wheelchair basketball player will also serve as flagbearer for Australia with Brad Ness receiving the honour.

Other nations to select their flagbearer today include Great Britain, the United States and New Zealand.

Equestrian rider Lee Pearson will fulfil the duty for Britain having been nominated in a vote by his fellow athletes from the 19 sports that make up the team.

Pearson has won 10 gold Paralympic medals, winning a hat-trick of titles in the team, individual and freestyle events at Sydney 2000, Athens 2004 and Beijing 2008, and then helping claim the mixed team championship crown at London 2012.

Eight-time Paralympic medal-winning cyclist Allison Jones has been selected as the flagbearer to represent the US, while javelin thrower Holly Robinson has been chosen to lead New Zealand into the Maracanã.

"I feel so privileged and humbled to be named as the flagbearer for the New Zealand Paralympic team," said the 21-year-old, who is currently ranked number one in the world in the women’s javelin F46.

"I am so excited to lead the team and to know that all our supporters, especially my family, are watching us will make the honour extraordinarily special."