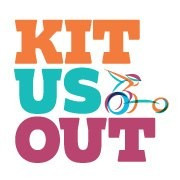 British charity Kit Us Out is showing its support for Paralympians here by providing more than 1,000 items of gear to disabled athletes from developing nations.

The charity is also hoping to have funds in place to enable it to buy additional items on the ground for those athletes it has been unable to correspond with up until this point.

Kit Us Out was founded during the 2012 Paralympic Games in London, where it helped more than 60 athletes from 16 different nations.

It has since supported Para-athletes at the 2014 Commonwealth Games in Glasgow, during which 3,000 items of kit were given out.

The charity’s latest venture is Rio 2016, which is due to begin tomorrow amid dire economic problems and budget cuts.

"At Kit Us Out we strongly believe that funding for basic kit should never be a barrier to success and we have seen over recent years the real impact that correct kit and equipment can make to an athlete," said Alex Mitchell, founder of Kit Us Out.

"Although it is deeply concerning to see the issue around funding for the Rio Paralympic Games, the IPC is doing a fantastic job to help ensure the Games are a success and we will be doing all we can to support them and the athletes attending the Rio Games through the provision of kit.

"I am very proud that we are working with the IPC and I feel deeply honoured that through the kind generosity of the public we are in a position to support Para-athletes from developing nations in the run up to and during the Paralympics.

"We are a very small charity, but thanks to the amazing support of the media and public we are able to continue towards our goal of levelling the playing field in Para-sport."

Kit Us Out will be based in Rio de Janeiro for the duration of the Paralympics, working directly with relevant athletes and coaches who need their support.

They have already been collaborating with athletes from countries such as Cuba, Ghana, Ivory Coast, Kenya, Laos, Liberia, Mongolia, Namibia, Nicaragua and El Salvador in a bid to highlight and source key kit and equipment.

Mitchell will be bringing these and additional items out here for the start of the Games tomorrow.

British Airways has agreed to transport the kit.

The idea for Kit Us Out was born when London 2012 Gamesmakers Mitchell and Dermot Keaney met at Kings Cross Station following a shift at the Paralympics and discussed their experiences, notably the lack of basic equipment possessed by athletes from developing nations.

After progressing the idea further with fellow Gamesmakers Tariq Kazi and Paul Johnson, the notion was born, and was embraced by dozens of other Gamesmakers, who helped obtain and distribute equipment to athletes.

Following substantial media focus and donations, support and interest in abundance, the quartet decided that their idea could address a major issue in Paralympic sport and provide a lasting legacy from London 2012, and went about setting up Kit Us Out.