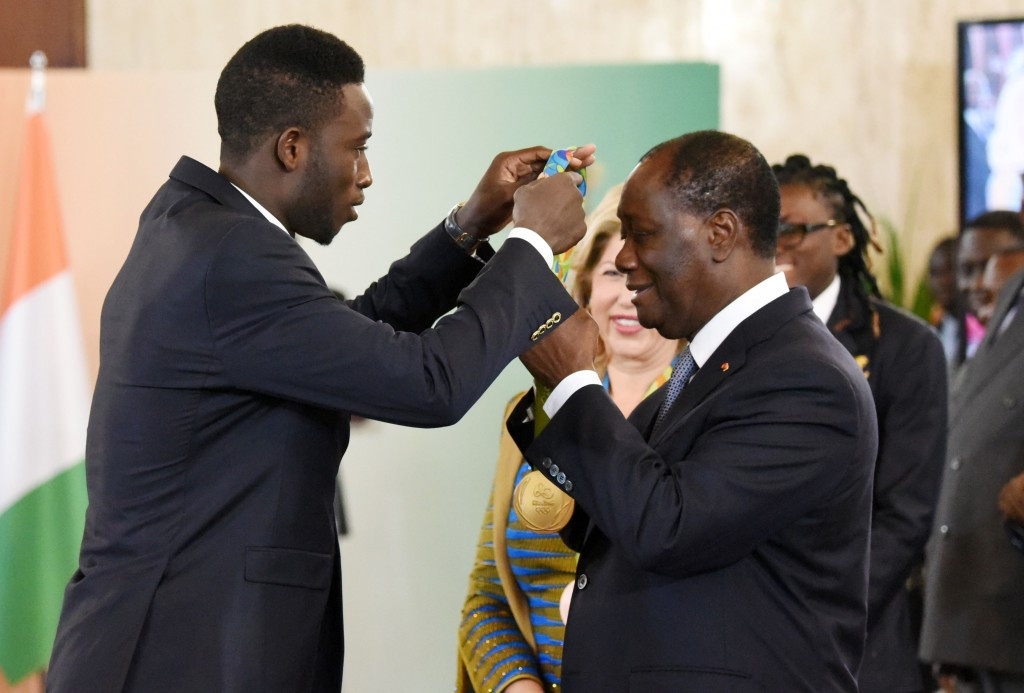 Rio 2016 Olympic taekwondo medallists Cheick Sallah Cisse and Ruth Gbagbi have been awarded a house and financial benefits by the Ivory Coast Government after their success at the Games.

Cisse claimed the country’s first ever Olympic gold medal when he secured a last second triumph over Britain’s Lutalo Muhammad in the men’s under 80 kilograms final.

Trailing 6-4 in the dying seconds of the contest, Cisse connected with a spinning head-kick for four points before sprinting straight off the mat and on an impromptu lap of honour.

His triumph was also the first time an African taekwondo player had claimed an Olympic gold medal.

"Thanks to you two Ivory Coast went brilliantly in the inner circle of the medals of the Olympic Games,” said Ouattara, according to africanews.com.

"Dear athletes, this victory is yours but also your country and your federation.

"I would like to congratulate all the coaches and all those who have represented our country in Rio."

The two medals would give the Ivory Coast their greatest haul of medals from an Olympic Games, having previously only claimed one medal.