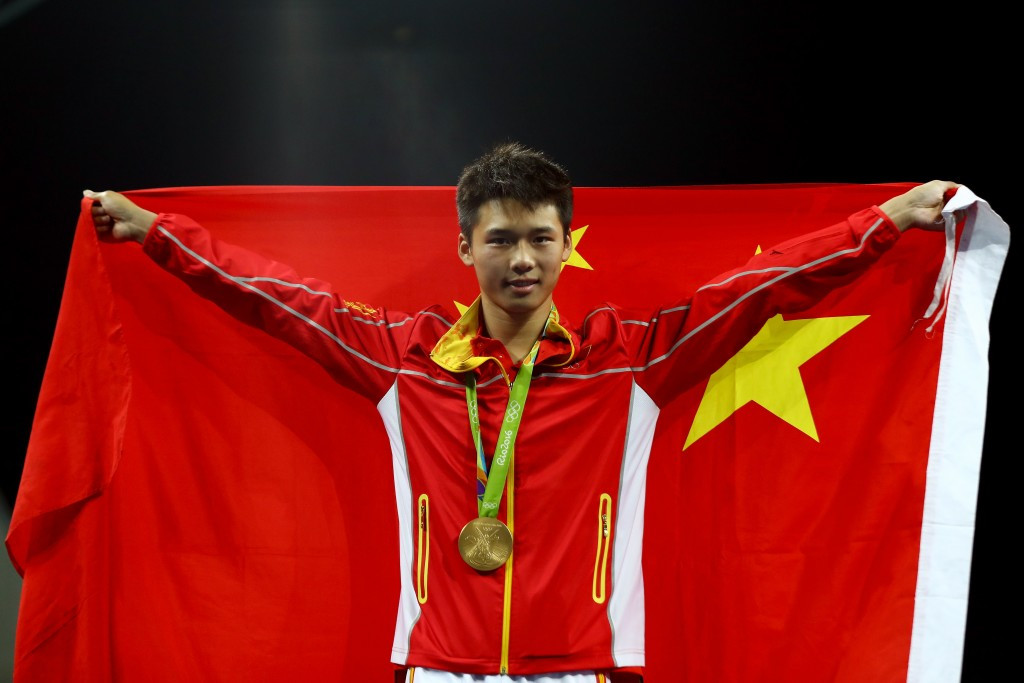 Chen Aisen earned his second gold medal of the Olympic Games after the Chinese diver achieved a comfortable victory in the men’s 10 metre platform final at the Maria Lenk Aquatic Center in Rio de Janeiro today.

The chances of the 20-year-old was boosted after London 2012 bronze medallist Tom Daley, who had topped the preliminary round, finished in last place in the semi-final.

It meant the British diver would not progress to the 12-man final, leaving the competition appearing like it would be a head-to-head duel between Chen and his team-mate Qiu Bo, the reigning world champion.

The defending Olympic champion David Boudia provided the biggest threat, though, in the opening rounds with the American topping the standings after two dives.

Chen recovered from a poor second round effort to take full control of the competition, with his third dive achieving a huge score of 102.60 points.

His final two dives also scored over 100 points to give him a total of 585.30 points, more than enough for the victory.

After his positive start, Boudia slipped to third place by the end of the competition as he ended on a score of 532.70 points, with Mexico’s German Sanchez coming through to win the silver medal on 532.70.

"I never expected that,” Chen said.

“Maybe for the synchronised event, yes, but not for the individual one.

“This one was kind of a surprise.

"I thought that I have spent more than four years training and now I earned what I worked for.

“Especially the gold medal for the individual event, I never thought that I would become the champion."

Qiu, though, failed to live up to expectations following an erratic series of dives throughout the competition.

The world champion became the only diver of the Games to score perfect 10s with his third round dive but major errors in the second and five rounds meant he was only able to finish sixth.

Chen’s victory meant that China claimed seven of the eight diving gold medals at the Games, with only the synchronised 3m springboard event preventing them from completing a clean sweep at the Olympics for the first time.