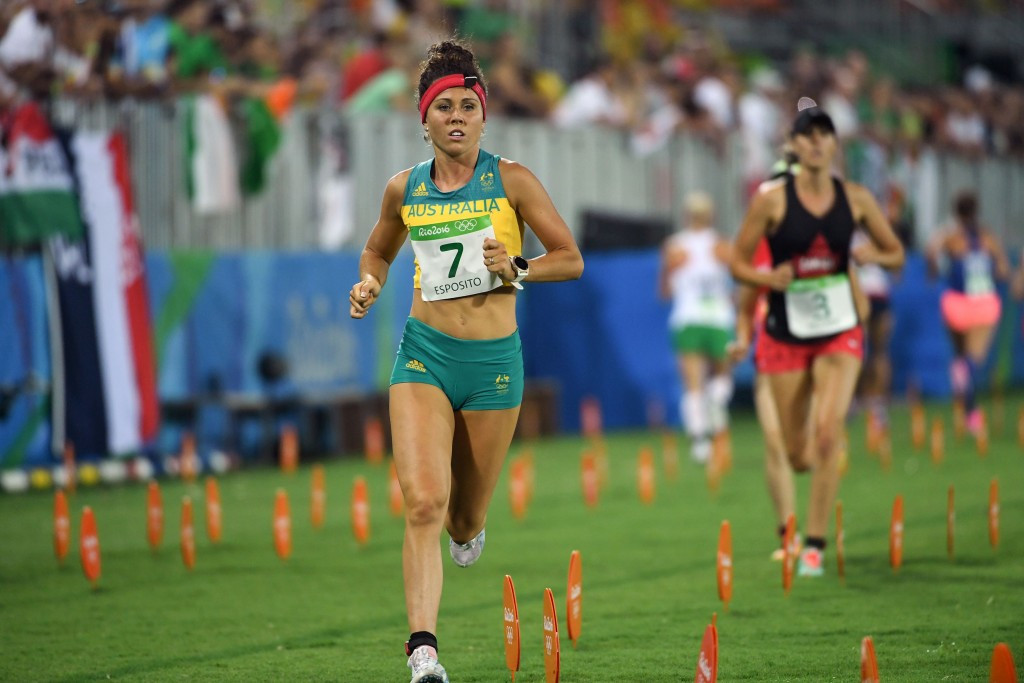 Chloe Esposito became the first Australian to claim an Olympic gold medal in the modern pentathlon after storming through the field during the combined event.

The 24-year-old from Camden began the final discipline of the event in seventh place and had to make up a 45 second handicap on the overall leader Oktawia Nowacka of Poland, who had impressed throughout the day.

Nowacka had established a 12-point lead after the fencing round of the competition and maintained their advantage during the riding event, with France’s Elodie Clouvel in hot pursuit.

The Polish athlete remained calm in the opening laps of the combined event, with accurate shooting under pressure.

Esposito, though, came storming through the field and turned a seven second deficit to the leader into a 10 second advantage at the third shooting section.

With her superior speed Esposito, seventh at London 2012, was never likely to be caught and stormed to victory in a time of 12min 10.19sec.

It gave her a final points tally of 1,372 for the competition, with Clouvel eventually ending as her nearest rival as the Frenchwoman won silver on 1,356.

Nowacka held on to claim the bronze medal but the overwhelming feeling was surely one of disappointment.

"I was just thinking of all the hard training I've put in in the past four years,” Esposito said.

"It's been a tough road and especially this year, I had a few injuries.

“I just thought 'I am good at this event, I enjoy it the most, I'm gonna have fun with it'."

Esposito will now turn into a supporter for the men’s event, with her brother Max being part of the competition.

The pair are the children of Daniel Esposito, who represented Australia in modern pentathlon at Los Angeles 1984, finishing 51st.

Both athletes’ horses refusing to jump over four obstacles during the riding round, which saw them have a two minute penalty added to their scores, meaning both women were over five minutes off the pace at the start of the combined event.