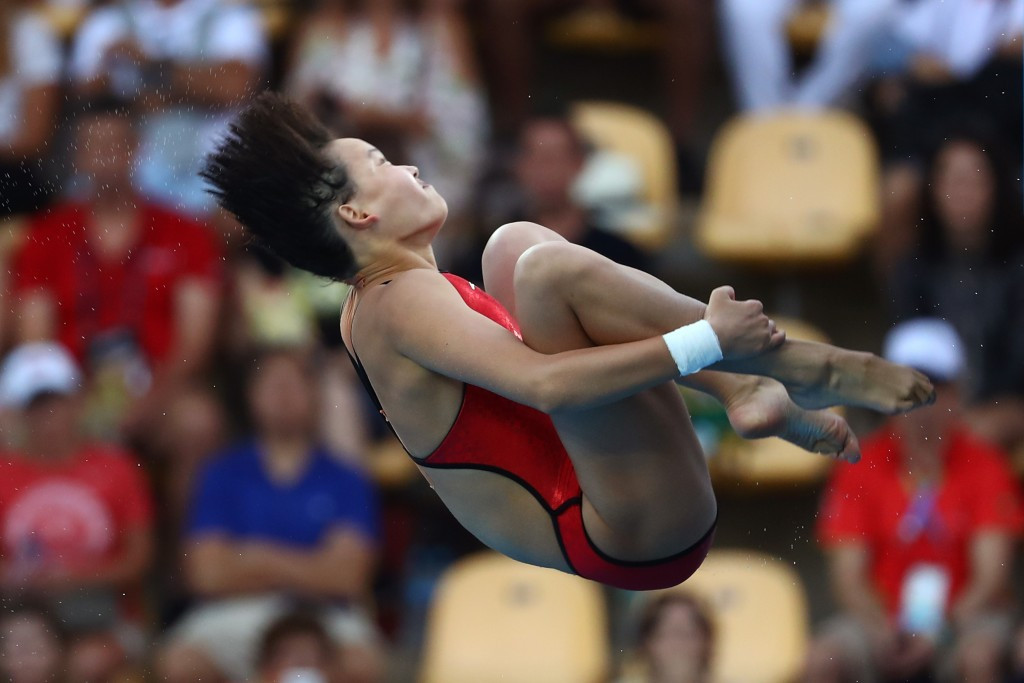 China finished with a 100 per cent record in women’s diving events at Rio 2016 after 15-year-old Ren Qian produced a dominant display to win gold in the women’s Olympic 10 metre platform final at the Maria Lenk Aquatic Center in Rio de Janeiro.

Her 17-year-old team-mate Si Yajie had topped the standings in the preliminary and semi-final stages of the event, with that form continuing in the first two rounds of the final as she led on 167.40 points.

A stunning third round dive from Ren scored 94.05 points to see her leapfrog Si and take a stranglehold over the competition.

Ren displayed no sign of nerves, despite her age, as she dived for the gold medal, with two further strong efforts seeing the youngster ended on a winning total of 439.25 points.

Si made it as Chinese one-two, as she achieved a final score of 419.40 points to seal the silver medal.

"I feel quite good about it, i'm young, but I got the medal,” said Ren.

“I think from now on I'll train harder, I'll work harder so I can focus on my future."

Ren added: "I did pretty well, but not really so perfect, according to my expectations.

“You can consider me a perfectionist.

"I focused on each individual dive and I think that's why I got the medal."

The podium was completed by Canada’s Meaghan Benfeito, whose tally of 389.20 points proved enough to hold off the challenge of fourth place Paola Espiosa.

The Mexican diver scored 377.10 points to finish in fourth place.

With Ren’s victory, China have won all four of the women's diving golds at Rio 2016 and they will go in search of their third men’s gold when the 10m platform event brings competition to a close on Saturday (August 20).