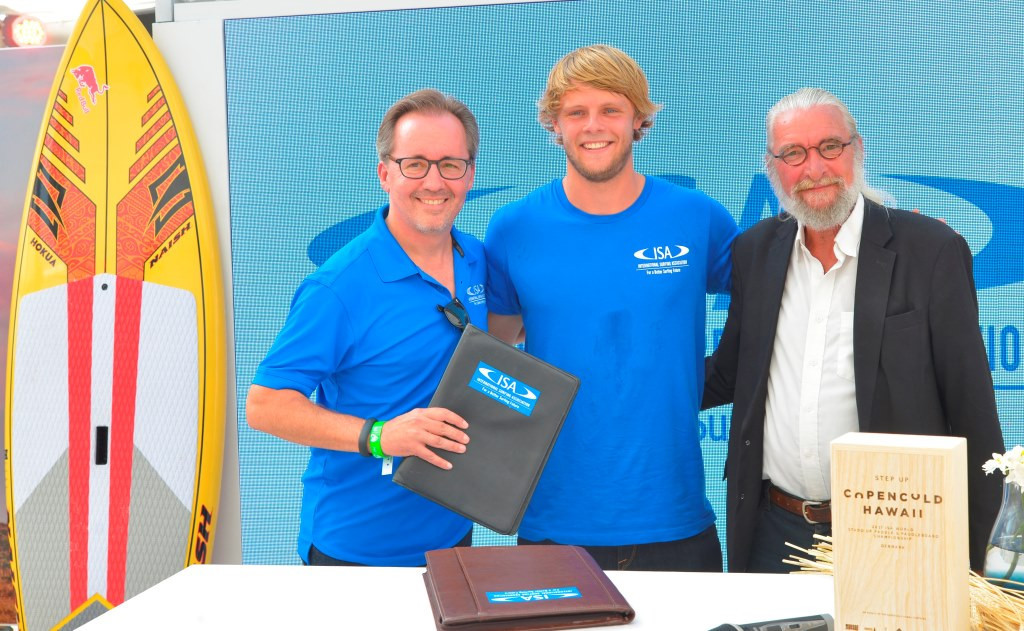 The International Surfing Association (ISA) has announced that the 2017 ISA World StandUp Paddle (SUP) and Paddleboard Championships will be held in Denmark in September 2017.

The announcement was made at the Danish National House, a hospitality venue at the Rio 2016 Olympic Games, located on Ipanema Beach.

The signing of the hosting agreement was completed by ISA Executive Director, Robert Fasulo, and President of the Local Organising Committee Friends of Cold Hawaii, Finn Jorsal.

The ISA World Championship will be a dual location event, with the SUP and paddleboard racing taking place in Copenhagen, the country’s capital, and the SUP surfing in Klitmøller – a prime surfing location on Denmark’s north-west coast.

The announcement of the 2017 ISA World SUP and Paddleboard Championship comes on the back of the confirmation of the 2016 edition, which will be held in the world-renowned waves of Cloudbreak, Fiji, from November 12 to 20.

At the 2015 edition, participation more than doubled since the event’s inception in 2012, with 27 nations and 260 athletes converging on the shores of Sayulita, Mexico, for a week of competition that resulted in Team USA earning their first-ever gold medal.

“We are delighted to bring our 2017 ISA World SUP and Paddleboard Championship to Denmark, and for the first time to Europe," said ISA President Fernando Aguerre.

"We are excited to partner with our friends from Denmark whose commitment and enthusiasm for SUP is a testimony to the global growth and development of this key ISA discipline.

“We can expect the world’s best SUP surfers, SUP racers and Paddleboarders to grace the waterways of Copenhagen and shores of Northern Denmark and experience the amazing coastline and warm hospitality of the country."