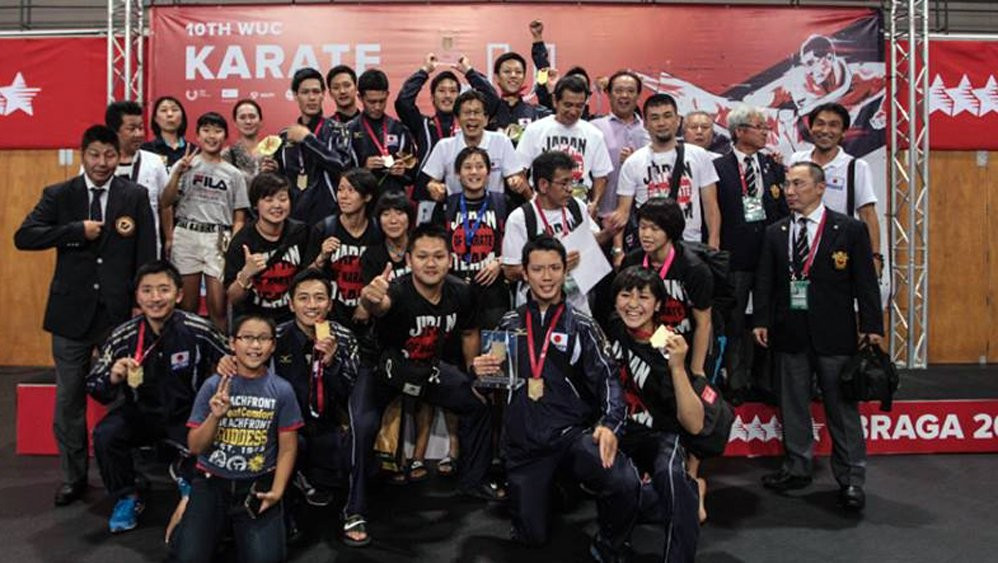 This extends their domination in the event with Japanese karatekas finishing the tournament with a tally of nine medals, including five golds.

It repeats the first place the country earned in 2014 in Montenegro.

After three thrilling days of competition, the team categories closed the final day of the 2016 event, held in Uminho Sports Hall.

Japan confirmed the excellent performance of their athletes throughout the event by claiming two of the four team gold medals.

In male team kata, they beat powerhouse France by a unanimous decision, while they won the team kumite category after defeating Spain in the final.

Egypt also finished the event on a high note as their karatekas confirmed second position in the medal table after their victory in female team kumite.

Spearheaded by Giana Lotfy, Egypt beat Chinese Taipei in the final to wrap up the event with a tally of four gold medals, one silver and eight bronzes.

After their outstanding performances in the kata competitions in the 2016 European Championships, Spanish karatekas succeeded in the female team kata.

Spanish athletes beat Portugal in the final and finished in fourth position in the medal table.