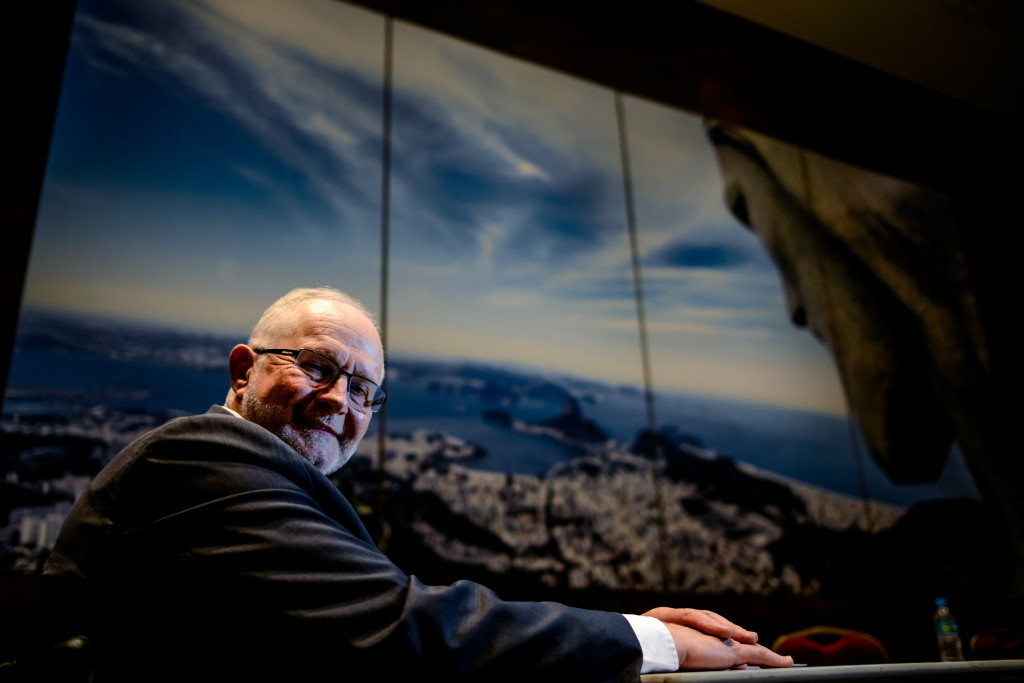 International Paralympic Committee (IPC) President Sir Philip Craven  has urged Rio 2016 to make public its financial records in order to ensure the allocation of funding ahead of next month's Games.

Paes provided a personal guarantee that the city will cover the costs of the Paralympic Games, claiming he was prepared to deliver BRL150 million (£40 million/$55 million/€47 million) to ensure the success of the event.

This is dependent, however, on them being able to overturn a court ruling made last week forbidding organisers using any public funds unless they make public all of their financial details.

Rio 2016 have so far showed no intention of doing this and are challenging the court ruling.

Budget cuts are also likely in a huge range of other areas.

There are fears that, if the financial issue is not resolved, then Brazil will pull out hosting the Paralympics.

"We are extremely thankful and grateful that Mayor Paes, who has always been a huge advocate of the Paralympic Games and the impact they will have on his city, continues to show great leadership and support for the Paralympic Games," said Sir Philip today.

"This morning he reaffirmed his support to the Paralympics and said he was prepared to deliver BRL 150 million to ensure the success of the Games.

"The hurdle to this solution is that there is currently an injunction on any further public funding from Municipal and Federal Governments going towards the Games unless the Rio 2016 Organising Committee make available full financial spending details.

"Clearly, the simplest and easiest way round this is for the Rio 2016 Organising Committee to be open and transparent with its financial records in order to allow this additional funding to come in."

Paes claimed it would be a "shame" for Brazil not to be able to host the Paralympics and justified the likely expenditure on the grounds that the event is less capable than the Olympic Games to cover costs in other ways.

"Three weeks ago we verified that the [Rio 2016 Organising] Committee does not have the resources to settle some of its accounts," he said.

"If necessary we will make an agreement to guarantee those funds.

"We are going to be very clear about where this money will be used."

According to the IPC, the Federal Government have also "reconfirmed...commitment to the Paralympic Games", while organisers have promised the travel grants will be delivered by the end of this month - so up to a month overdue.

Sir Philip admitted the situation is critical and expressed fears the athlete experience could be affected.

He insists there is no chance of the Games being cancelled or of sports being cut from the programme, however.

"Although the situation is pretty precarious, rumours that the Games may not go ahead or that sports may be cut are totally unfounded and not true," he added.

"Our aim right now is to bring in additional funding and resources in order to deliver the Games at the service levels expected by all stakeholders, most importantly the athletes.

"If no extra funding is available then the Organising Committee will have to implement further cuts to the Paralympic Games on top of the cuts we have already made alongside the IOC (International Olympic Committee) and Olympics."

"Throughout this whole situation, we have always wanted to guarantee the athlete experience.

"Regrettably, if no more funding is available then the Organising Committee's additional cuts will start to impact on the services offered to the athletes who have dedicated years of their lives to reach and compete at these Games.

"This is the last thing that we want to do."