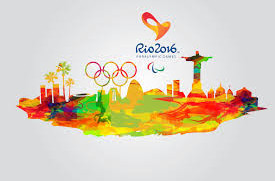 A crisis meeting is to be held here later today between the International Paralympic Committee (IPC) and Rio de Janeiro Mayor Eduardo Paes as doubts remain over the event due to the city's dire economic situation.

The meeting here is due to start at 8am between Paes and the IPC President and chief executive, Sir Philip Craven and Xavier Gonzalez.

Finding alternative financial solutions is expected to dominate the agenda.

Further meetings are expected to be held with Rio 2016 and the International Olympic Committee over the next two days.

It is hoped that by Wednesday (August 17) they will have a full picture of the situation.

At present, it is not thought there have been any discussions about cancelling the event altogether or of removing any sporting events from the programme.

It is likely that severe cuts will be made, however, to areas including the Opening and Closing Ceremonies, volunteer and commerical programmes and other "luxuries" like venue media centres.

Rio 2016 are thought to be holding talks with sponsors such as Samsung and Coca-Cola to provide more support.

The IPC, meanwhile, are more hopeful they will get backing from different levels of the Brazilian Government.

But this could depend on the outcome of a legal case after a Brazilian judge ruled last week that Rio 2016 can receive no more public money until they publish all of their accounts.

An additional BRL270 million (£65 million/$84 million/€75 million) had been earmarked for extra-spending for both the Olympic and Paralympic Games from City and Federal Governments.

Rio 2016 confirmed today that they are taking legal action against this measure.

Fears are growing that Rio 2016 will reverse the progress made at recent successful Paralympic Games at Beijing 2008 and London 2012.

Other areas for concern include the Athletes' Village, where few plans are thought to be in place to make the facility suitable for the huge influx of people with disabilities due to arrive.

Ensuring the athletes' experience is unaffected has been hailed as a priority by the IPC, who are prepared to accept cuts in other areas.

They insist that the event will still be a landmark Games in terms of sporting performances and television coverage.

Each NPC gets a different amount depending on the size of the team and the cost of their travel to Brazil.

Rio 2016 communications director Mario Andrada insisted today how they will "do what needs to be done" to cover the costs.

"We have enough friends and partners to fix all the problems," he said.

Much depends on the continued support of Paes, described as a "big supporter of the Paralympic Movement" and someone who is "aware of how a successful Games could change the city".

Time will tell whether this remains his priority given the mounting economic difficulties in the city, as well as spending cuts in other areas such as health and education.

"We need to produce similar cuts to make sure the Paralympics go the same way the Olympics did," Andrada added today.

"We also confirmed yesterday there is no intention or will to cut whatever will compromise the experience of the Paralympic experience, the athletes and the competition.

"So from our perspective there is no change, the fact the injunction was produced on Friday created some buzz in the wires and in the Brazilian press."