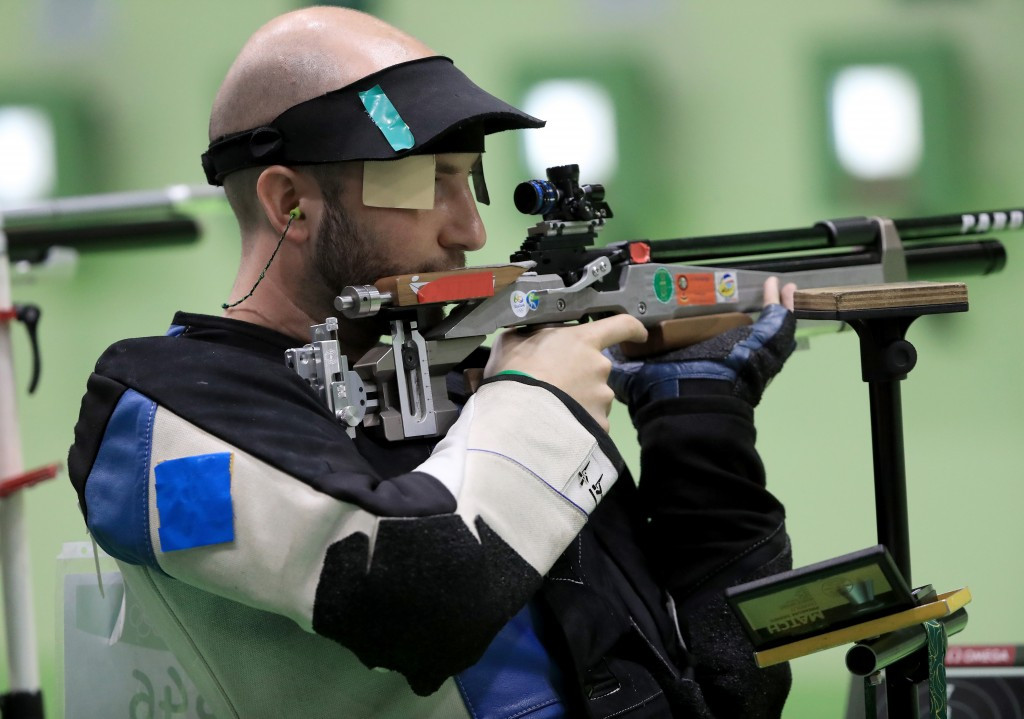 Campriani won his third gold medal in shooting and became the fifth Italian athlete on a record three gold medals in individual events in all sports.

"I was very, very lucky to make the final today," Campriani said.

"Defending title, winning title, it's an Olympic Games and you just want to leave the firing point with no regrets.

Kamenskiy appeared to have the gold medal wrapped up, needing a mere 8.7 points to secure victory.

He handed the title to Campriani though after he shot 8.3 points with his final attempt, which was not enough and left him with the silver medal.

"I have a lot of bad memories, but it's hard for everybody," said Campriani.

"I'm sorry for what happened to Kamenskiy today, but I would have been silver medal anyway, so I was already pleased with my performance. The gold is just almost too much."

Kamenskiy becomes the first Russian male to win any medal in this event, yet was disappointed it is silver medal.

The bronze medal was claimed by Olympic debutant Alexis Raynaud from France.

The 21-year-old finished on a score of 448.4 points to claim only France's second medal in this event after Jean-Pierre Amat won gold at Atlanta 1996.