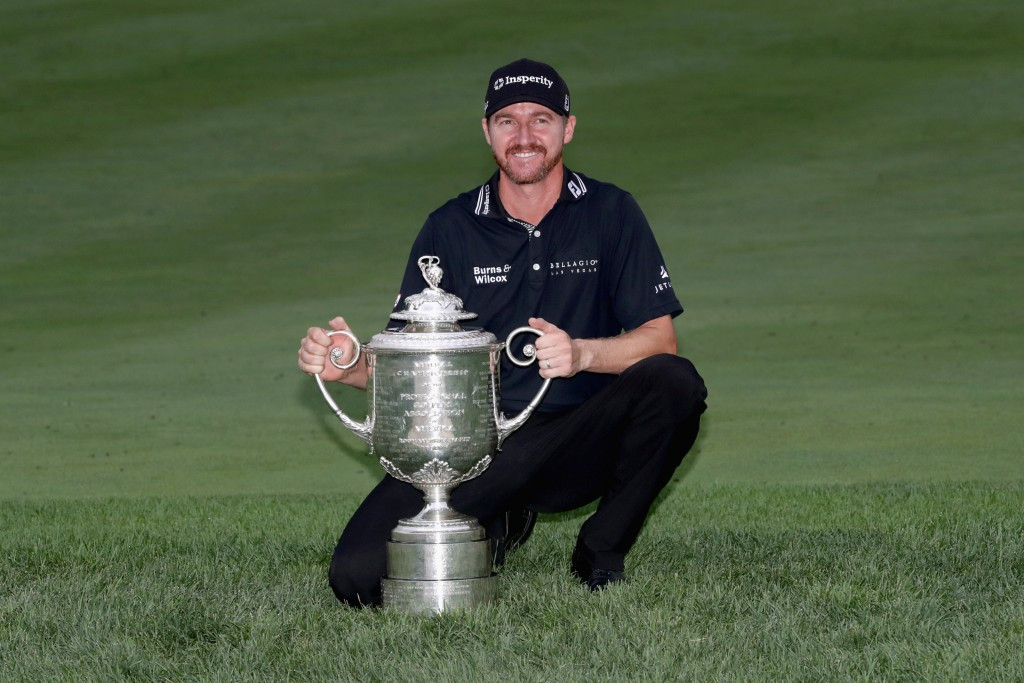 United States' Jimmy Walker hung on to claim a first major title with a one-shot victory at the US PGA Championship at Baltusrol in New Jersey today.

The 37-year-old overcame a charging world number one Jason Day to win on 14-under-par with a bogie-free final round of 67.

The Australian also his a three-under-par final round of 67 to finish just one shot behind.

An eagle putt from Day on the 18th green ensured a nervy finish but Walker's consistency was too strong.

"It’s a big cup, that’s a lot of extra effort given he’s just had to play 36 holes of golf under the most intense pressure," Walker said afterwards.

“I was thinking birdie at 17 would do it.

"We made the birdie. but sometimes things don’t come easy.

"Golf isn’t an easy game, and Jason is a true champion, so I wouldn’t expect anything less.

"Eagle at the last! That’s unreal! I had to make par, and sometimes pars are hard - but we got it!”

It means that all four of the year's majors have been won by a first-time winner.

It is first time that has happened since 2011.

American Daniel Summerhays finish third today on 10-under after a final round of 66.

Stenson proved unable to back-up his Open form by slipping to joint seventh place after a disappointing final round of 71.

Walker, who had led after the first round with a 65, was forced to play two rounds today after storms brought yesterday's action to a premature halt.