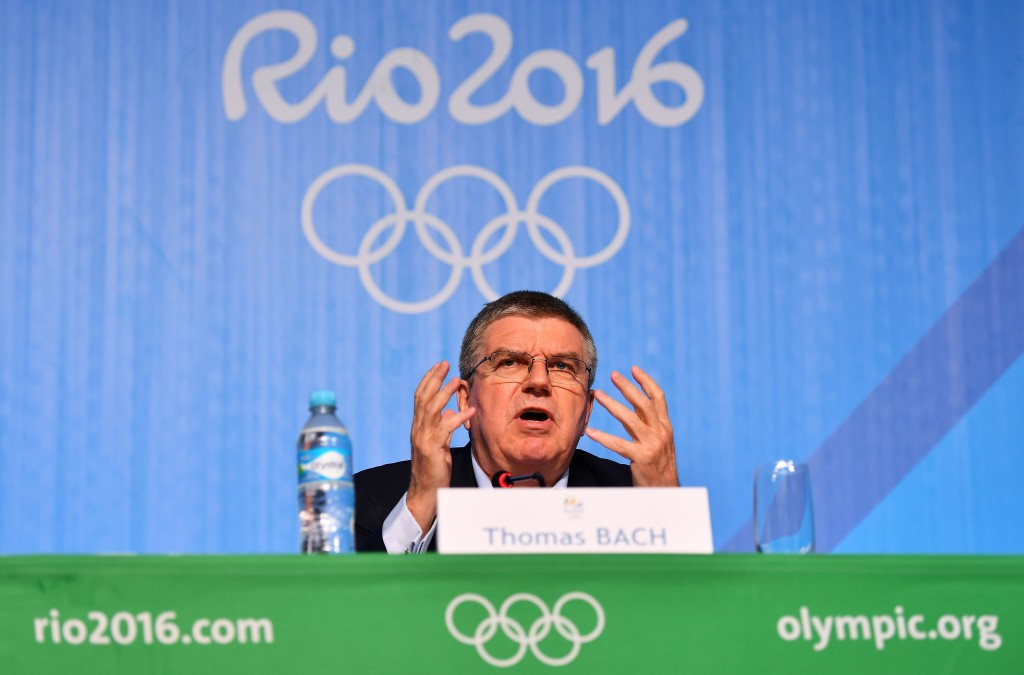 Thomas Bach today sought to shovel blame for the shambles over Russian participation at the Rio 2016 squarely onto the shoulders of the World Anti-Doping Agency (WADA).

In an uncharacteristically defensive performance with five days to go before the Olympic Opening Ceremony in the Maracanã, the International Olympic Committee (IOC) President was forced to field numerous questions on the issue at his first Rio 2016 media conference.

It was in his first such reply that he unloaded with both barrels at WADA, a body for which the IOC provides approximately half the funding and four of 12 Executive Committee members.

Asked, in the first of several similar interventions, if he accepted the situation regarding Russian participation at Rio 2016 was a “huge failure” for the IOC, Bach offered one of his trademark single-word answers - “No” - before elaborating:

“This is for very obvious reasons.

“Because the IOC is not responsible for the timing of the McLaren report.

“The IOC is not responsible for the fact that different information which was offered to WADA already a couple of years ago was not followed up.

“The IOC is not responsible for the accreditation or supervision of anti-doping laboratories.

“So therefore the IOC cannot be made responsible either for the timing or the reasons of these incidents we have to face now and which we are addressing and have to address now just a couple of days before the Olympic Games."

Normally WADA President - and IOC vice-president - Sir Craig Reedie and Olivier Niggli, his new chief executive, would have an opportunity to fire straight back at WADA’s traditional pre-Olympics media conference.

However, earlier this week, journalists received a terse seven-word press release to notify them this had been cancelled.

Bach also acknowledged that the legacy of the Russian situation is set to remain with the Movement for a long time after the Rio 2016 Olympic Cauldron is extinguished.

In answer to a question on whether we were witnessing the outbreak of a new Cold War in sports, the IOC President claimed now was not the time for detailed analysis.

He went on: "After the Olympic Games there will be more time to carefully analyse the whole situation.

"I would advise everybody and first of all of course ourselves that we study then this situation with a certain distance and not under these moments of very emotional and passionate debate.”

In a further sign to Olympic cognoscenti of how rattled he is feeling, Bach went through his entire 15 minutes of opening remarks without once using the phrase that has been the leitmotif of his three years at the helm: Olympic Agenda 2020.