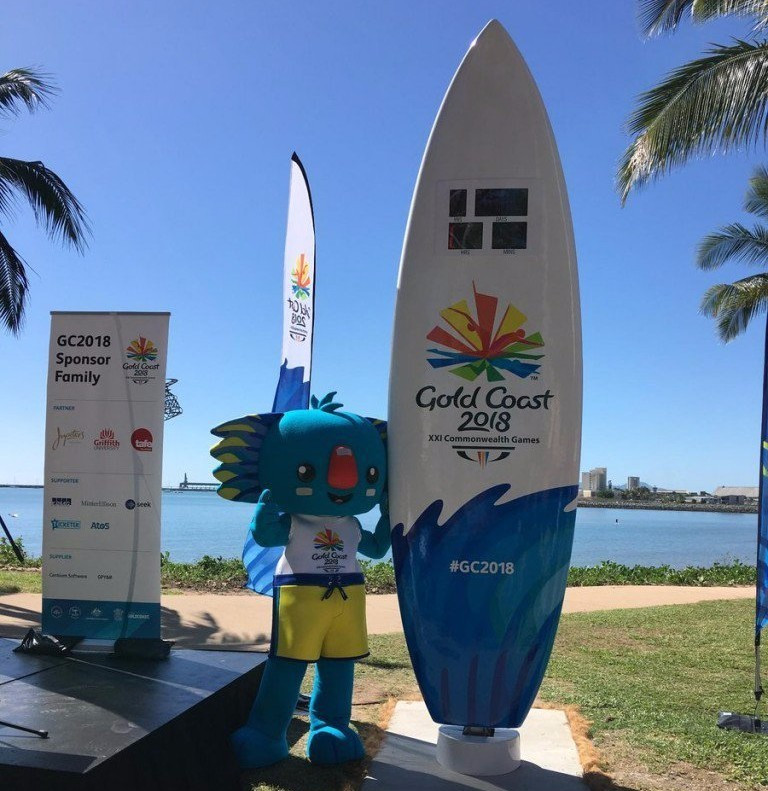 A surfboard-shaped clock which will count down to the 2018 Commonwealth Games on the Gold Coast has been unveiled in Townsville.

The monument in the Australian city, located around 1,400 kilometres from Gold Coast, will display the seconds, minutes, hours and days until the event gets underway.

Organisers claim the clock will play a timely reminder for residents and visitors to Townsville in the build-up to the Games, due to take place from April 4 to 15.

Townsville is due to stage preliminary basketball matches at the Entertainment and Convention Centre, the home of National Basketball League side the Townsville Crocodiles.

“The unveiling of the countdown clock marks an important milestone for the Townsville community as the whole state counts down to the Games in 2018,” Commonwealth Games Minister Stirling Hinchliffe said.

“The clock is a timely reminder that all of Queensland will be part of the Gold Coast 2018 Commonwealth Games, particularly event cities like Townsville which will be centre stage come Games time.

“The 2018 Games will be the largest sporting event staged in Australia in a decade and Townsville’s inclusion as an event city will generate long-term benefits for the entire community, and deliver upgraded sporting infrastructure and outstanding tourism exposure to a global audience of more than 1.5 billion people.

"The world will be watching Queensland come Games time and we know this major event will deliver a boost for our state and cities like Townsville providing new jobs and volunteering opportunities.”

Townsville is due to stage preliminary basketball matches at the Entertainment and Convention Centre, the home of National Basketball League side the Townsville Crocodiles.

Gold Coast 2018 chairman Peter Beattie believes the fact that Townsville now has its own countdown clock “signifies the crucial role the city will play in 2018”.

“North Queensland will be profiled on the world stage with its superb natural beauty beckoning to the world’s best athletes and visitors from every corner of the globe,” he said.

“The fact that Townsville is hosting the preliminary matches of the Basketball will attract significant attention and I would anticipate an influx of fans and supporters to the city during the Games.

“There will be opportunities for the community to be involved in volunteering and supporting the celebration of Townsville’s role in delivering the biggest event Australia will see in more than a decade.”