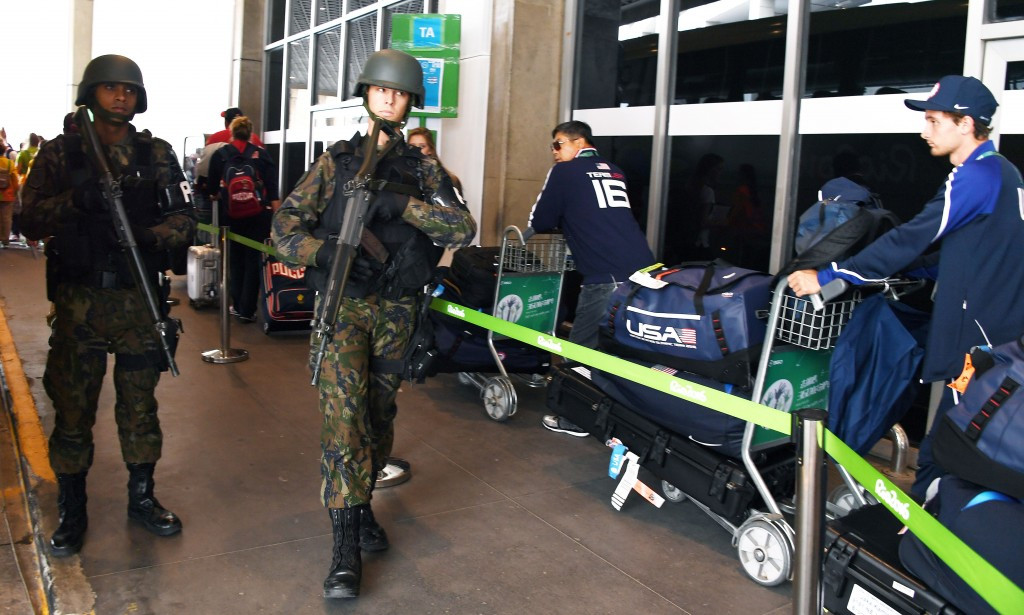 Federal and State police will take over security duties outside venues for the Olympic Games here after the Ministry of Justice sacked a private firm contracted to run the screening process for "incompetence and irresponsibility".

In a situation which bears similarities with the G4S scandal ahead of London 2012, Rio de Janeiro-based firm Artel admitted this week that they had only been able to hire 500 of the 3,400 staff required to screen all visitors outside venues.

Government officals have now revealed the company have had their contract terminated.

Police forces from around the host country will take their place, performing work including the operating of X-ray machines and conducting body searches of those entering venues.

Members of the Federal Government's National Force will be utilised, along with active and retired police from Rio and surrounding states.

Serious concerns have been raised, however, over whether they will have the necessary training considering the serious security risks surrounding the Games, both from international terrorists groups and local criminals.

The tight timeline to recruit workers also highlights once again the last-minute and disorganised nature of preparations.

According to the Wall Street Journal, Artel's BRL R$17.3 million (£4 million/$5.3 million/€4.7 million) contract had only been finalised on July 1.

"The company [Artel] will be fined for its incompetence and irresponsibility," said Brazilian Justice Minister Alexandre Moraes.

"But the Games will not suffer any damage."

In total, 85,000 security forces are expected to be deployed during the Games.

Much of the focus has been on the dangers of international terrorism following the deadly truck rampage in Nice earlier this month, but there are also concerns over muggings and other localised attacks.

Security forces seem a heavy presence around the Olympic sites, although check-points seem far less common than during some other recent Games, and appear particularly lenient at areas including the media accommodation villages.

Problems with a private security contractor revives memories of London 2012.

Then, G4S, one of the world’s largest security firms, acknowledged less than a month before the Opening Ceremony that it would not be able to provide enough qualified personnel.

Armed forces were successfully recruited to assist with screening duties.