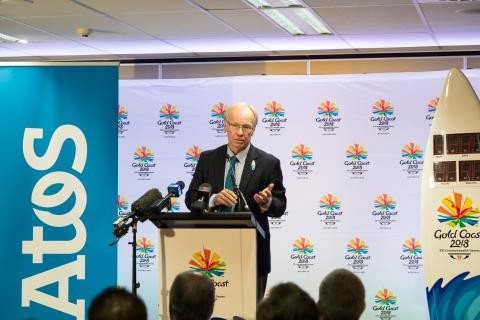 Gold Coast 2018 chairman Peter Beattie has promised the Athletes' Village for the Commonwealth Games will not experience the same issues as the facility at Rio 2016 after Australian competitors initially refused to move in.

The Village for the Olympic Games, due to house up to 17,000 people during the event, was described as "neither safe nor ready" by Australian Chef de Mission Kitty Chiller.

A number of representatives of other countries, including Sweden and Argentina, have also flagged problems with the Village.

Australia suffered another setback yesterday when a small fire forced them to be evacuated from the building.

An investigation into the cause of the incident has since been launched, with reports suggesting it occurred due to a suspected discarded cigarette.

The problems with the Village in Rio de Janeiro have sparked criticism of organisers and their preparations for the event, with some bemoaning how seemingly basic issues still remain ahead of the Opening Ceremony next Friday (August 5).

Beattie is confident the Commonwealth Games Village will not follow suit, stressing its scheduled completion date of October or November 2017 allows them the time to remedy any issues which may arise.

The Village for the event in Australia is located in the Parklands region of the city and will have space for 6,600 athletes and officials, comprising of 1170 apartments and 82 townhouses.

“Our Village is on track - we anticipate it all to be finished by October or November, 2017,” Beattie told the Gold Coast Bulletin.

“So, four or five months before the Games, if we have any issues with water coming through the lights or whatever it may be, they will be identified well in advance.

“We are confident the Village will be in world-class shape.”

Gold Coast 2018 head of sport Anita Palm and manager of sport competition Sally Jarvis are both due to travel to Rio 2016 to inspect the Games and to give them ideas for when they host their own event in less than two years’ time.

“We are interested in the overall athlete experience and their satisfaction levels, spectator services, the anti-doping procedures, field of play operations and the management of media operations,” Beattie added.

"It is important for us to know what worked, where the challenges were and what didn’t work in Rio, so we can review our planning accordingly."