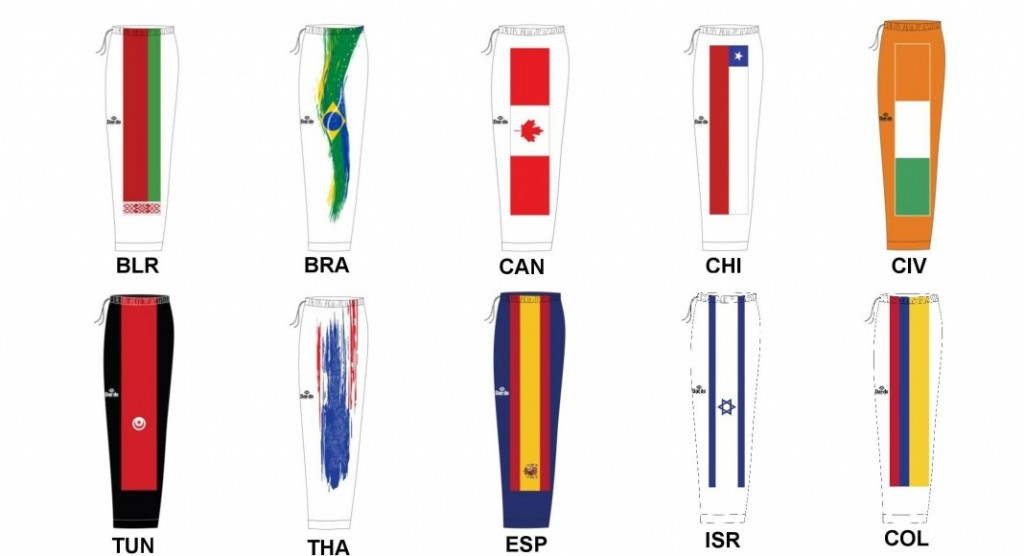 In March, the WTF announced that taekwondo players will be permitted to wear coloured trousers at Rio 2016 for the first time at an Olympics.

The trousers are representative of the athletes' national team colour, with National Associations having been allowed to pick one colour, including white, for all their competitors to wear.

The WTF are expecting more NOCs to submit their coloured trouser designs ahead of the start of the Olympics in two weeks' time.

The idea was developed by the WTF Technical Committee, a body tasked with trying to find innovative ways for the sport to evolve and modernise.

It is hoped the move will help to deliver a more spectator friendly experience at Rio 2016, where taekwondo will be featured on the sport programme for the fifth consecutive Olympics.

The WTF also claim the move would help fans in both the venue and watching on televisions at home to easily identify athletes.

The WTF Technical Committee has already helped to implement an instant replay system and the introduction of impact sensors in the body and head protectors, with the latter due to be a first at Rio 2016.

While they have moved to implement coloured trousers, the WTF have also previously stated they are working alongside Rio 2016 to develop engagement with fans inside and outside the Carioca Arena 3 venue.

They have revealed they are looking to conduct taekwondo and Para-taekwondo demonstrations between sessions, as well as looking at ways of using Brazil’s culture to keep fans engaged during breaks in play.