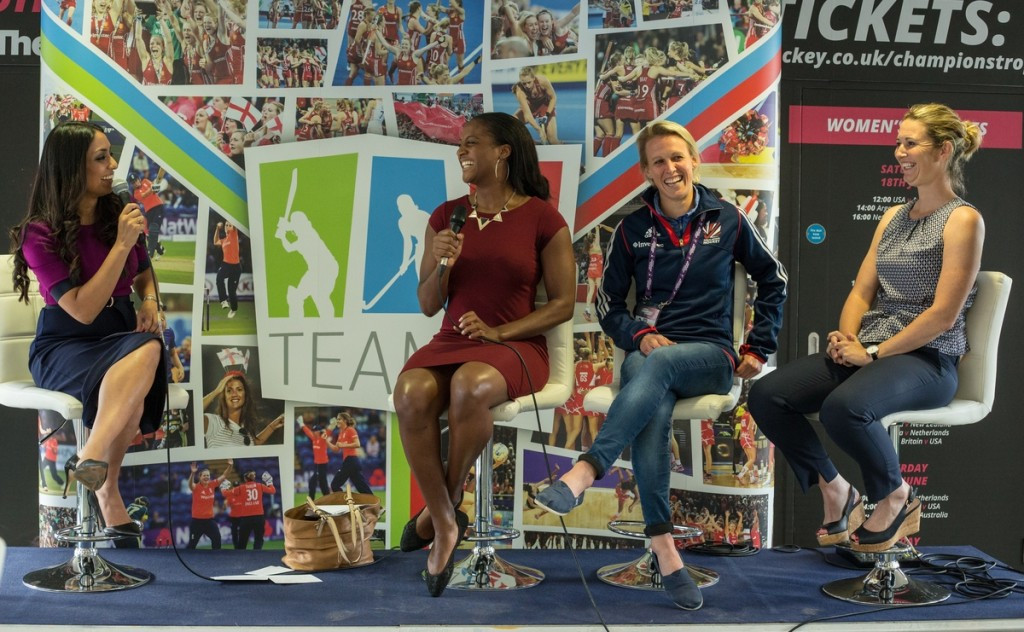 A "Team Up" initiative bringing together the upcoming women's World Cups in cricket, hockey and netball has been officially launched during the final day of the International Hockey Federation Champions Trophy here today.

England are due to play host to the major tournaments over three consecutive years, starting with the International Cricket Council Women's World Cup in 2017.

The next edition of the Hockey World Cup will be hosted here in 2018, before Liverpool is scheduled to stage the 2019 Netball World Cup.

The project was originally mooted last year following consultation between the relevant governing bodies and aims to ensure girls at school aged between the ages of seven and 13 are playing at least one of the three sports by the end of the netball tournament in 2019.

Each of the national governing bodies of the three sports - England Hockey, the England and Wales Cricket Board and England Netball - have provided a cash injection of £250,000 ($338,000/€306,000) to the initiative.

It is hoped the "Team Up" programme, which is thought to be one of the first of its kind worldwide, will increase participation in cricket, hockey and netball and get more schoolchildren involved in team sport.

Those behind the scheme are calling on schools to sign on to become a "Team Up School", where they will be given support in areas such as resource and training.

Schools which join the project will also have the chance to build up affinity points towards "golden ticket" opportunities such as being ball girls for a World Cup Final.

Organisers are likely to pursue options such as a joint ticketing scheme, where fans will be able to purchase one ticket for all three tournaments, and are expected to announce further details in the near future.

"It's great to have this increased collaboration between sports," England Hockey chief executive Sally Munday said.

"Gone are the days where governing bodies are in competition with each other and we are only going to see more collaboration.

"We are thrilled to be partnering with the other two organisations."