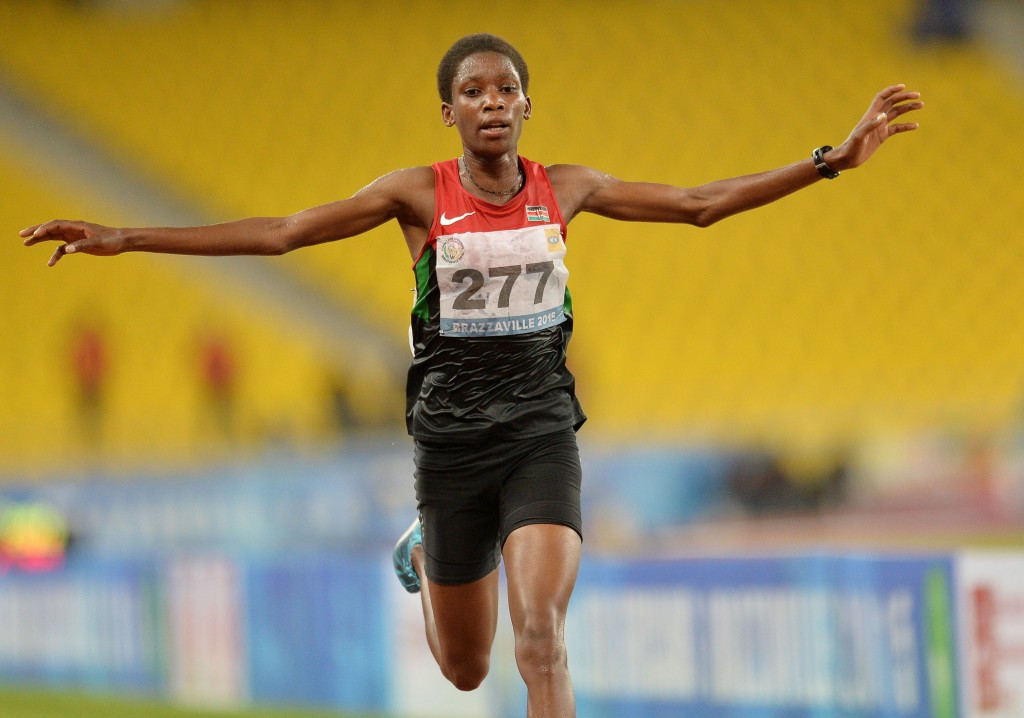 Alice Aprot lived up to her position as favourite for the 10,000 metres title on the fourth day of the African Athletics Championships in Durban, leading home a Kenyan clean sweep in 30min 26.94sec, the fastest time so far this season.

Jackline Chepng’eno, who clocked 31:27.73, and Joyline Jepkosgei, 31:28.28, closed in for silver and bronze almost 300m behind after the long run for home by the African cross country champion had taken dramatic effect within three laps.

“So the plan was when I hit the front and move they should go follow.

“I would not have lapped my team-mates, I would have slowed down.

“Now the focus is to make the Olympics team next week and then I will do my level best in Brazil.”

The Kenyan Olympic trials will be held next Thursday and Friday (June 30 to July 1) in Eldoret.

She continues to look favourite for the Rio 2016 800m title.

“The main thing here is to win gold, have a good championships and entertain my people,” said Semenya, who won the world title in 2009 and took silver at the London 2012 Olympics.

“I have not decided yet whether I will double in Rio, run the 800m and the relay or something else, I should make a final decision after this Championships.

“I can’t say I have any pressure for now, I am enjoying my runs.

“They don’t have to be scared of me or my form - that is just being a coward.

“Everyone just has to run their race. I know what it means to finish first and last. I was last in Rome but I did not get angry.”

Her main opposition in tomorrow’s final on the fifth and last day of the 20th African Athletics Championships looks like being Kenyan in the form of two other heats winners - All Africa Games silver medallist Sylvia Chesebe, in 2:30.96, and Emily Cherotich, in 2:03.95..

Egypt’s Eslam Ibrahim won the men’s hammer with 68.92m, with silver going to home thrower Chris Harmse, who reached 67.67, and bronze to another South African, Tshepang Makhethe, who threw 65.54.