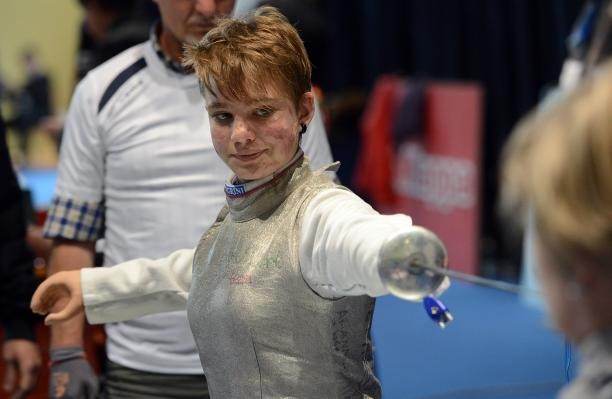 The 19-year-old's win was no surprise as the dominant teenager has been undefeated since September 2014.

She defeated Russia's Irina Mishurova in the final to win gold, extending her run of victories in major competitions to 11 in a row.

Vio is the clear favourite in the category ahead of the Rio 2016 Paralympics in September.

There was gold for Hungary in the women's category A foil, thanks to Eva Hajmasi's victory over Ukraine’s Nataliia Morkvych.

The defeated finalist had something better to cheer, however, as she beat another Hungarian, Amarilla Veres, in the final of the women’s category A sabre.

Russia’s Maxim Shaburov won the men's category A epee gold and sealed his place at Rio 2016 after getting the better of Britain's world number one Piers Gilliver.

The men's category B epee title went to France's Yannick Ifebe who saw off the challenge of compatriot Marc Andre Cratere in the final.