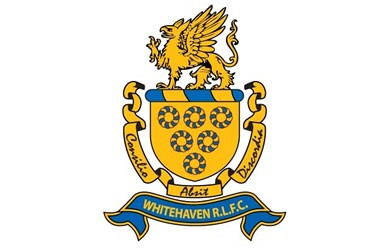 English rugby league player John Todd has been suspended from all sport for four years after testing positive for the presence of anabolic steroid nandrolone, UK Anti-Doping has announced.

Todd, who was registered with Whitehaven RLFC in the Kingstone Press Championship, failed an out-of-competition test on November 27 last year.

The 23-year-old from Maryport in Cumbria promptly admitted to the offence, leading to the National Anti-Doping Panel imposing the ban.

The suspension comes after Andrew Quarry, handed a suspended 12-month prison sentence for dealing anabolic steroids in 2013, was named among three English rugby union players to have been given lengthy bans from the sport.

Quarry, registered with North 1 West outfit Kendal RUFC, was hit with a 12-year suspension by the Rugby Football Union earlier this month.

It followed his guilty plea to charges of conspiracy to supply a controlled Class C drug at Carlisle Crown Court in July 2013.

Former Esher RFC player Brandon Walker was banned for four years after he recorded a positive result for anabolic steroid oxandrolone in an out-of-competition test on November 19 last year.

The RFU Disciplinary Panel ruled that the player had not intentionally violated anti-doping rules after he tested positive for metabolites of the anabolic agents methandienone and mesterolone in an out-of-competition test on August 25, 2015.

In reference to Todd, UKAD’s director of legal Graham Arthur said: "This case continues to highlight the worrying and growing trend of steroid use amongst young men.

"UKAD works alongside the Rugby Football League (RFL) to provide players with vital anti-doping education and resources to ensure that they are aware of the risks that steroid use poses to both their health and their sporting careers."

"The club is very sad to have to announce that John Todd has received a four-year ban due to him taking performance enhancing substances," Whitehaven RLFC chairman Tommy Todd said in a statement on the club’s website.

"We are disappointed that he saw fit to do so but would stress that it did not take place during the short period he trained with the club.

"I hope young players take note of how taking these substances has a huge impact on their lives and families and friends.

"The club has refrained from commenting on rumour about this situation until we had something in the way of confirmation from the RFL and I am somewhat annoyed that after consistently asking the RFL for a definitive 'statement' that they chose to release it on their website without informing the club first."