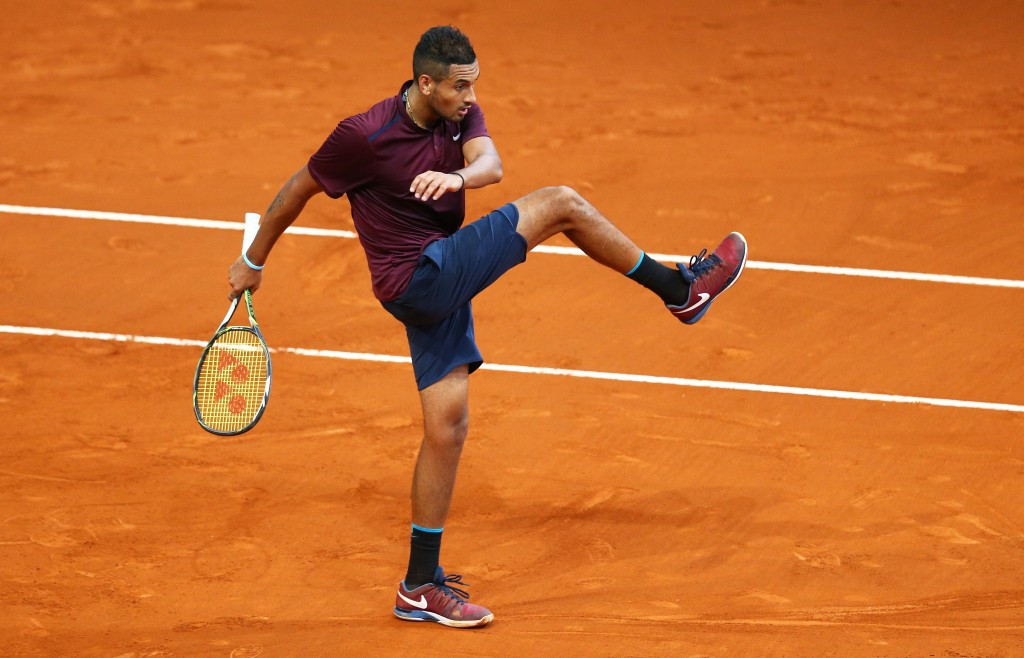 Nick Kyrgios offered a cheeky response to Australia’s Chef de Mission for Rio 2016 Kitty Chiller after she warned he risked missing out on representing his country at this year’s Olympics if his behaviour failed to improve.

World number 21 Kyrgios, considered a rising talent in the sport but who has an indifferent reputation in the game following a series of controversial incidents, produced a spectacular “tweener” lob - a shot played through the legs - in his Madrid Open quarter-final defeat to world number six Kei Nishikori of Japan.

“Someone tell that Kitty chiller to watch that tweener lob, then she will understand why I'm on watch for the olympics lol,” he tweeted.

Someone tell that Kitty chiller to watch that tweener lob, then she will understand why I'm on watch for the olympics lol #smh— Nicholas Kyrgios (@NickKyrgios) May 7, 2016

The tweet came after Chiller told the Australian Associated Press that the 21-year-old from Canberra, along with team-mate Bernard Tomic, faced being banned from competing for Australia in Rio.

Tomic and Kyrgios are considered the Australian Olympic Committee’s two likely picks for the Games but have been warned their on and off court conduct must improve if they are to be selected.

Chef de Mission Chiller made the claims in response to ill-advised comments and behaviour from Tomic during the Madrid Open tournament, where he turned his racket upside-down when facing a match point against Italy’s Fabio Fognini as he exited the competition 6-2, 6-4.

When asked about his actions following the match, the 23-year-old German-born player told the Australian newspaper Gold Coast Bulletin: “Would you care if you were 23 and worth over $10 million?”

Tomic was previously accused of “tanking” - failing to try his best - in a defeat to American Andy Roddick at the 2012 US Open.

The incident earned him the nickname “Tomic The Tank Engine” in Australia.

Kyrgios has also been the focus of attention in recent months, having been given a suspended 28-day ban for derogatory remarks made about the girlfriend of Switzerland’s Stanislas Wawrinka during a Rogers Cup match in August.

He was also forced to deny tanking at Wimbledon in 2015 when he was beaten by France’s Richard Gasquet, while Tomic previously claimed Kyrgios had faked an injury to miss Australia’s Davis Cup tie with the United States in March.

“I would not want to see any of our Olympic team members behave in that way.”