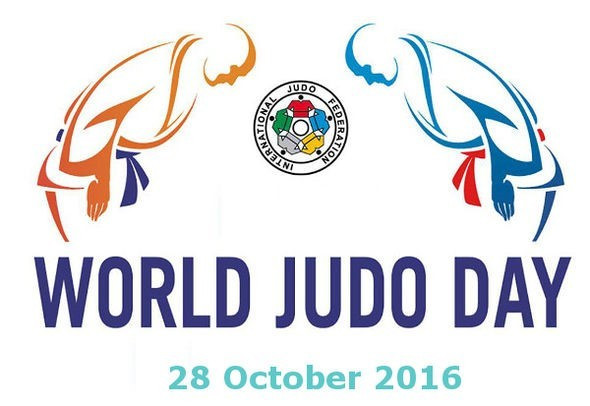 A Twitter poll has been launched by the International Judo Federation (IJF) to decide the theme of this year’s World Judo Day.

The annual judo festival is traditionally held on October 28, which marks the birthday of judo founder Jigoro Kano.

Fans will be able to vote on whether Judo for the World, Courage or Friendship is selected to be the theme, with voting set to draw to a close on Sunday evening (May 1).

The day has been aimed at promoting the sport’s values, with the IJF stating that the sport can be an educational tool to help people to live together and to respect one another.

The governing body hope the day will help to increase the number of judokas around the world and to help change people’s lives, with the event having been dedicated to coaches, fans and judoka.

Activities will be held throughout the course of the day, including judo demonstrations, competitions, inter-club training sessions and taster sessions, with the hope that it will give an opportunity for judo lovers to share experiences and promote the sport in their region.

The fifth edition of World Judo Day last year saw Federations, clubs and communities hold special programmes around the world under the theme of unity.

Honour, perseverance, judo for all and respect were the themes of the previous four stagings of the day.

Countries including Albania, Argentina, Botswana, Burundi, Britain, Canada, Mexico, Russia, Sweden and Venezuela have been among those to celebrate their participation in judo.

The IJF have also invited fans to share their plans for the day by tweeting with the hashtag #WorldJudoDay.

Fans can vote on the poll here.