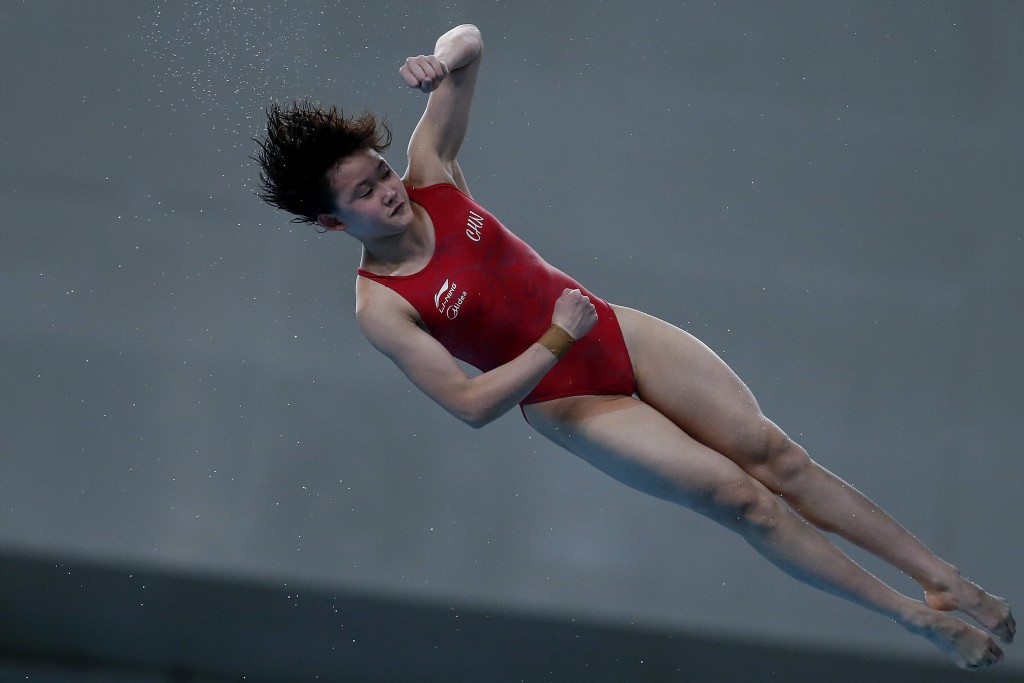 China underlined their supremacy over the rest of the field at the fourth leg of the International Swimming Federation (FINA) Diving World Series event in Kazan, winning all three gold medals on the second day of action.

In the women’s 10 metres platform at the Kazan Aquatics Palace, 15-year-old world silver medallist Ren Qian made an impressive fifth attempt to overtake leader Tonia Couch of Great Britain and win the title with a total of 367.35 points.

"They are something outstanding and just amazing," Couch said of her fellow medallists.

"It’s so hard to get close.

"They are always number one and two.

"That’s why I’m so pleased with my result.

China’s Cao Yuan claimed the men’s 3m springboard title, maintaining his perfect record of winning a gold medal at each of the FINA Diving World Series events this year.

Cao’s compatriot He Chao finished third with 520.15 points, while Russia’s Evgeny Kuznetsov ended up down in fifth place with 507.45, despite scoring the highest mark of the competition for his sixth dive - 110.20.

Australia’s Melissa Wu and Dominic Bedggood were second with 330.84 points, ahead of Russia’s Yulia Timoshinina and Nikita Shleikher with 320.40.

Action in Kazan is due to continue tomorrow.