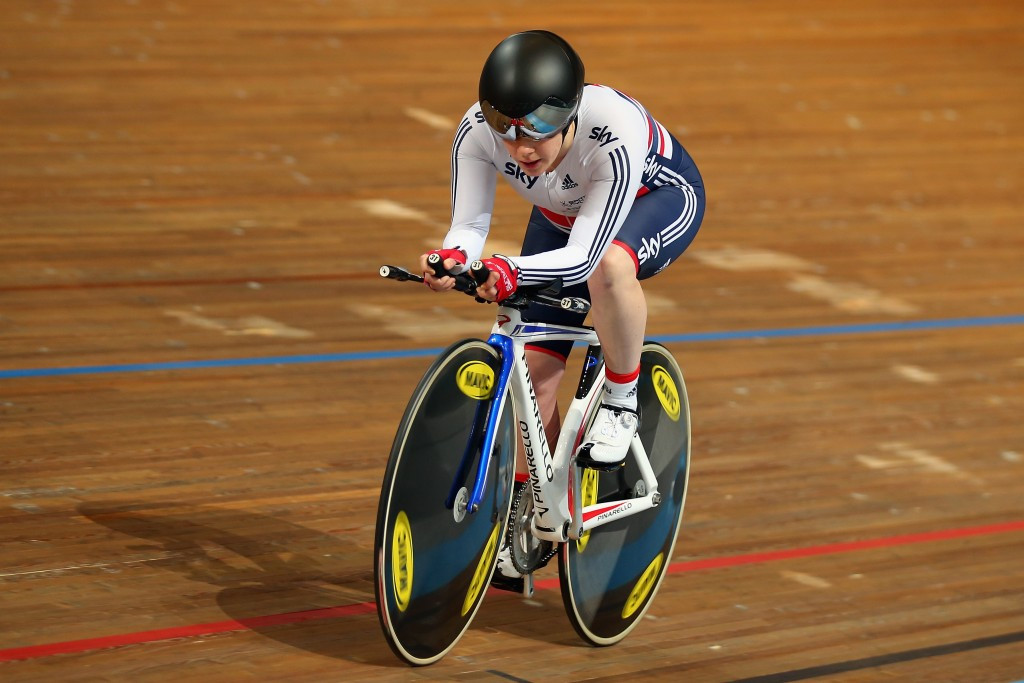 Great Britain’s Megan Giglia has been named among the list of nominees for the International Paralympic Committee (IPC) Athlete of the Month award for March after setting two world records at the International Cycling Union (UCI) Para-cycling Track World Championships.

Giglia set new marks on her way to winning gold in both the women’s C3 500 metres time trial and women's C3 3 kilometres pursuit at the Montichiari Velodrome in Italy.

Fourth in both events last year, she shaved a second off the previous C3 500m time trial record by completing the distance in 41.761sec and registered 4:07.565 in the C3 3km pursuit to beat Germany’s Denise Schindler.

The United States’ Heather Erickson has also been nominated after being named the Most Valuable Player and Best Spiker of the 2016 World ParaVolley Intercontinental in Anji, China.

Erickson led the team with 80, plus 13 blocks and 10 aces, as the US defeated China 3-1 in the gold medal match - the first time they had beaten China in a major World ParaVolley Championship.

Her compatriot Oksana Masters is in the running as well having gone unbeaten at the IPC Cross-Country Skiing World Cup in Vuokatti, Finland.

Masters took the globe in the women’s sitting, as well as the overall women’s title across all classifications.

McGuire won the BC4 class gold medal at the Boccia International Sports Federation (BISFed) World Individual Championships in Beijing, defeating home favourite Yuansen Zheng 4-3 in the finals to achieve the feat for the first time.

Tapper, 26, became the first Australian athlete to qualify for both the Olympic and Paralympic Games.

The public has until 12:00 CEST on April 14 to vote for the athlete they want to be the Allianz Athlete of the Month for March 2016 by clicking here.