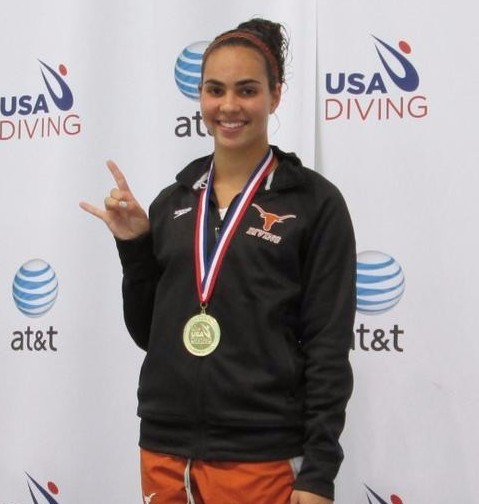 American Murphy Bromberg broke the Chinese dominance at the International Swimming Federation (FINA) Diving Grand Prix as she beat Lin Jinming to clinch the women’s 10 meters platform crown on the final day of the latest stop on the calendar in San Juan in Puerto Rico.

Bromberg scored a total of 327.75 to edge the Chinese competitor, who was forced to settle for silver having recorded 323.55 points.

Celina Toth clinched bronze for Canada as her score of 303.50 saw her take third place.

Having swept all five gold medals available yesterday, China were able to add another two titles to their haul as Huang Bowen and Xu Zewei claimed the men’s synchro platform gold medal by virtue of registering a combined 453.54.

Their score proved far too hot for the rest of the field to handle as Jordan Windle and David Dinsmore were nearly 50 points adrift in the silver medal position.

French duo Alexis Jandard and Loïs Szymczak took home bronze after they were given 306.84 by the judges.

The other title to go China’s way came in the women’s 3m springboard synchro as Wu Chunting and Xu Zhihuan held off the challenge of American pair Abby Johnston and Kassidy Cook, the only other team competing in the event.

Wu, who ousted Johnston in the individual competition yesterday, and Xu posted a score of 309.60 to beat Johnston and Cook as they could only muster 288.60.

Matthiue Rosset, the multiple European champion who represented France at the London 2012 Olympic Games, added another gold to his collection by winning the men’s 3m springboard competition.

Rosset topped the podium with a score of 457.30 to ensure he finished ahead of American duo Troy Dumais and Michael Hixon, who were second and third respectively.

The FINA Diving Grand Prix series continues from April 7 to 10 in Gatineau in Canada.