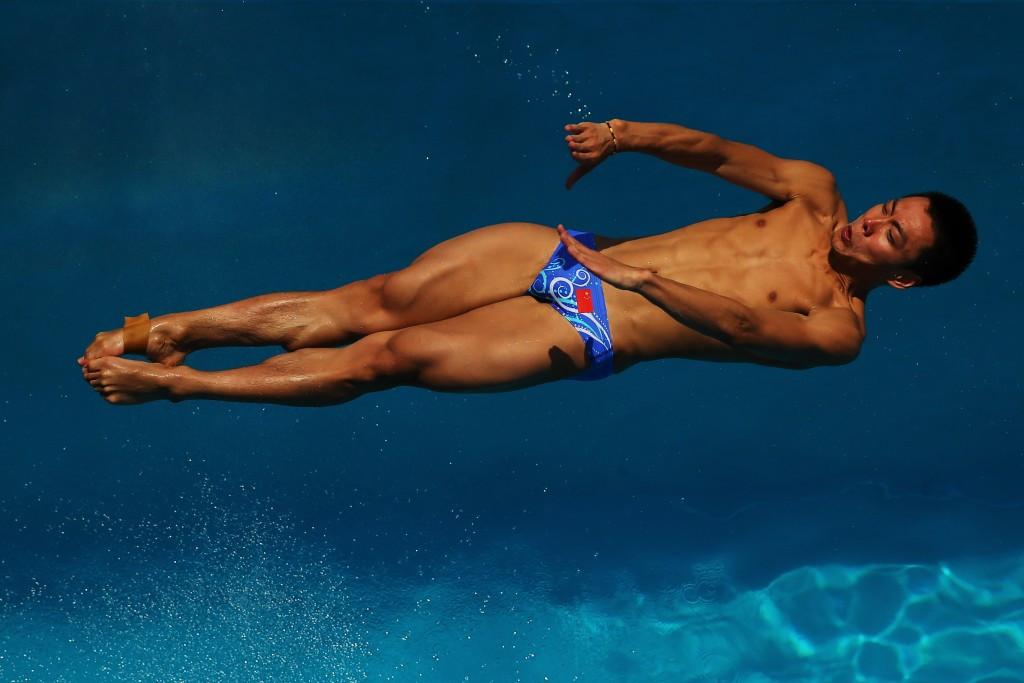 China maintained their dominance of the International Swimming Federation (FINA) Diving Grand Prix as they swept all five gold medals available on the opening day of finals at the fourth event of the season in San Juan.

Wu Chunting topped the podium in the women’s individual 3 meters springboard competition as her efforts were rewarded with a score of 338.25 points.

Her total saw her finish comfortably ahead of London 2012 Olympic synchro silver medallist Abby Johnston of the United States, who was second on 310.85.

Bronze went the way of another Chinese competitor in Xu Zhihuan as she recorded 295.05.

“The wind really picked up right as the event was starting, and I waited a little while on my inward,” silver medallist Johnston said.

“I didn’t have any misses, and I landed on my head five times - I’m really proud of how I did.”

Wu then went on to secure gold in the 3m springboard mixed synchro event along with partner Huang Bowen after the formidable duo registered a total of 304.38, nearly 30 points more than Johnston and team-mate Jordan Windle in the silver medal position.

Switzerland’s Jessica Favre and Guillame Dutoit’s score of 254.58 was enough for them to clinch bronze.

Lian Junjie took the men’s 10m platform honours after the judges gave him a total of 477.20 across his dives, with Rafael Quintero giving the home crowd something to cheer as he bagged silver on 467.50.

Xu Ziwei added yet another medal to the Chinese haul as he sealed bronze with a combined 426.75.

Peng Jianfeng and team-mate Sun Zhiyi were pushed all the way in the men’s 3m springboard synchro discipline before eventually taking gold.

Their winning total of 363.48 was narrowly more than Matthieu Rosset and Antoine Catel of France could muster as they earned silver, while bronze was claimed by Michael Hixon and Troy Dumais of the US.

Suo Miya and Li Jinming also cashed in on the Chinese monopoly, reigning supreme in the women’s 10m platform synchro competition as their dives were given a total of 294.18 points.

The US’s Samantha Bromberg and Delaney Schnell’s 276.00 saw them take home the silver.