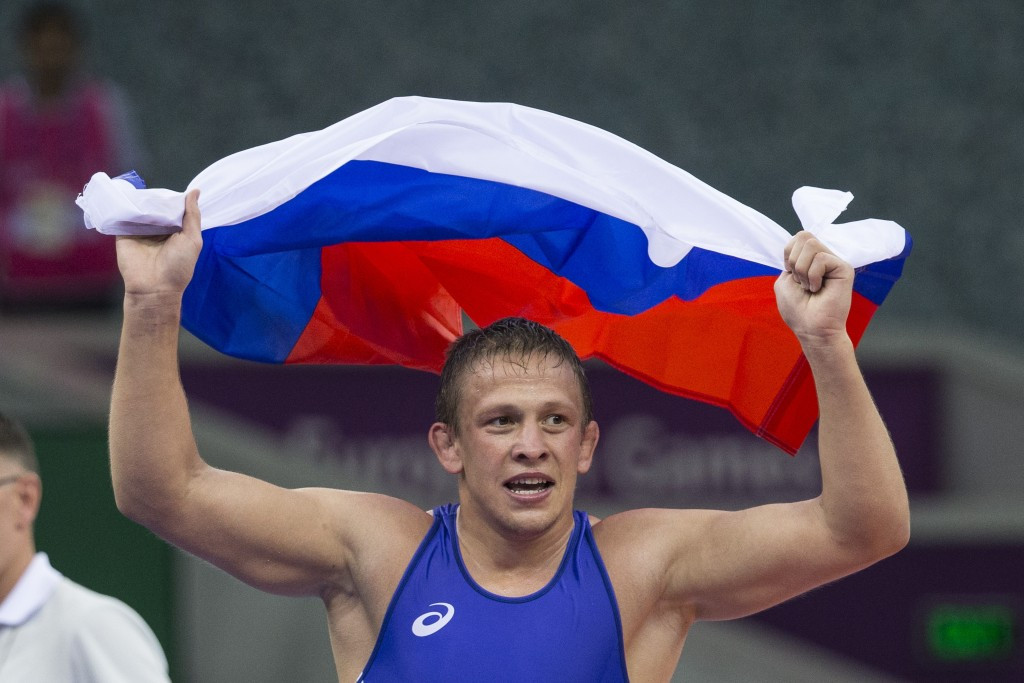 Evgeny Saleev, a 2014 World Championship silver medallist in wrestling, is one of five Russian athletes who have reportedly become the latest to test positive for the banned drug meldonium but the country's Sports Minister Vitaly Mutko claims the problem is a separate issue to the wider doping crisis.

According to the Russian news agency TASS, Saleev and fellow wrestler Sergey Semenov have been implicated, along with athletics trio Gulshat Fazletdinova, Andrey Minzhulin and Olga Vovk.

Saleev finished as the runner-up at the 2014 World Championships in Tashkent in the men’s 80 kilogram event.

The 27-year-old also won the gold medal in the division at the European Games in Baku last year.

His compatriot Semenov triumphed in the men’s 120kg division at the 2014 World Junior Wrestling Championships in Zagreb.

Fazletdinova, a 10,000m silver medallist at the last year's Summer Universiade in Gwangju, finished eighth in the 5,000m women’s race at the same Championship.

Vovk finished fifth in the women’s 3,000m steeplechase at the event held in Moscow.

The reported failures come after the coach of sprinter Nadezhda Kotlyarova admitted his athlete had tested positive for the substance yesterday.

Kotlyarova, a 4x400m relay European Indoor silver medallist in 2013, is one of numerous Russian athletes to test positive in recent weeks.

It follows the heart-attack drug being added to the banned list of the World Anti-Doping Agency (WADA) on January 1.

The latest cases will come as another blow to Russian athletics, with the country already facing the prospect of missing out on competing in the sport at this year's Olympic Games in Rio de Janeiro.

This is due to the International Association of Athletics Federations (IAAF) imposing a suspension on Russia last November following the publication of the first WADA Independent Commission report which found evidence of state-supported doping.

The IAAF are scheduled to discuss the issue at its next Council meeting in May to review the decision.

Mutko has claimed that the meldonium cases should be treated as a separate issue to the existing problems in Russian athletics, however.

"The system of athletics control has been launched and is working normally," he told TASS.

"All who are preparing for the [Olympic] Games are under control, the issue of meldonium is a separate issue.

“Potential candidates for the Rio de Janeiro Games have been determined, each of them will be tested no less than three times before the trip.

“The testing plans are absolutely clear, athletes have been warned that they will be controlled any time.”

More than 100 athletes worldwide have now failed in total for meldonium, with most of the cases made public so far involving Russians.