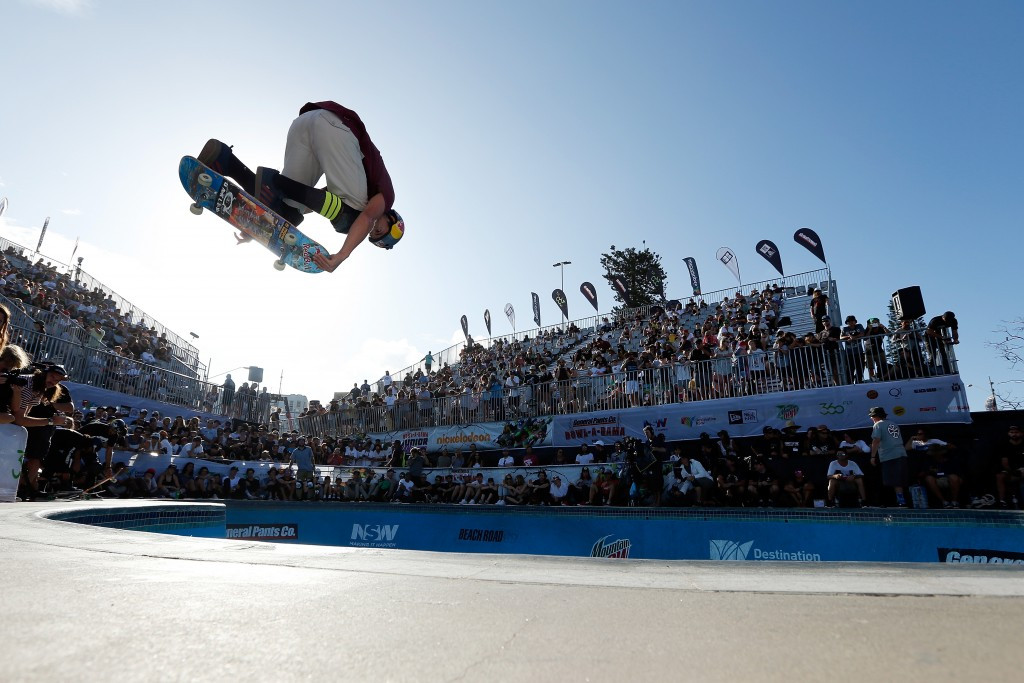 A key stage in the Tokyo 2020 sport inclusion process took place today with a first meeting of the International Olympic Committee's (IOC) Programme Commission in Lausanne.

Baseball and softball, karate, skateboarding, sport climbing and surfing were all recommended for inclusion by Japanese organisers last September.

Final approval must be given by the IOC at its Session in Rio de Janeiro in August, but the first step will be made when the Programme Commission make a proposal to the IOC Executive Board for discussion at its meeting due to take place in Lausanne from June 1 to 4.

The Executive Board will then, in turn, report to the membership-at-large at the Session, where it hoped their recommendation will be agreed.

Today's meeting was chaired by Italy's longstanding IOC member Franco Carraro, along with 12 other IOC members on the 21-person Commission.

The IOC refused to reveal any details of the meeting afterwards but the problems surrounding skateboarding were top of the agenda.

Street and park skateboarding events were proposed by the International Roller Sports Federation (FIRS) to Tokyo 2020, which had also unsuccessfully submitted an application for several roller skating events.

Many believe, however, that a true skateboarding body should assume control to avoid a repeat of snowboarding's amalgamation into the International Ski Federation ahead of its Olympic debut at Nagano in 1998, claiming this robbed of the sport of much of its unique identity.

Neither are currently IOC-recognised or members of federations umbrella body, SportAccord, meaning they were ineligible to apply last year.

Consensus between the three bodies has proved difficult to come by, with many other members of the wider skateboarding community opposed to Olympic inclusion altogether.

insidethegames understands that bilateral and group meetings were held between the IOC and all three bodies in Lausanne on Tuesday (March 15), where ultimatums were given that if they did not work together, skateboarding's proposal would be rejected.

Leading IOC officials including President Thomas Bach and Executive Director Christophe Dubi are believed to be keen on including skateboarding, however, because it is seen as an innovative discipline which will help the Olympics appeal to a younger audience.

If either the ISF or WSF are ultimately involved, many believe it would set a bad precedent by effectively bypassing the IOC's recognition process.

Another potential problem within skateboarding concerns a poor anti-doping programme, with recreational drug use believed to be widespread.

Bach heavily criticised the absence of an anti-doping programme at last month's X-Games Europe in Oslo, where skateboarding featured alongside ski and snowboard events.

There are also concerns with other suggested disciplines, with surfing having proposed competition on natural Ocean waves, which could be small in the Japanese summer.

Baseball are also keen for an eight-team tournament to be held rather than the six-team one proposed by Tokyo, although the IOC are handicapped by a limit of being able to add only 500 athletes in new sports.

It is not clear how many sports will be added, although it is thought likely all five will, if possible, be selected.

Joining them was José Perurena, the President of the International World Games Association, as well as the International Canoe Federation, and South Africa's Sam Ramsany, Australia's James Tomkins and Russia's Alexander Zhukov.

"A proposal will be presented to the IOC Executive Board for approval at its next meeting in June."