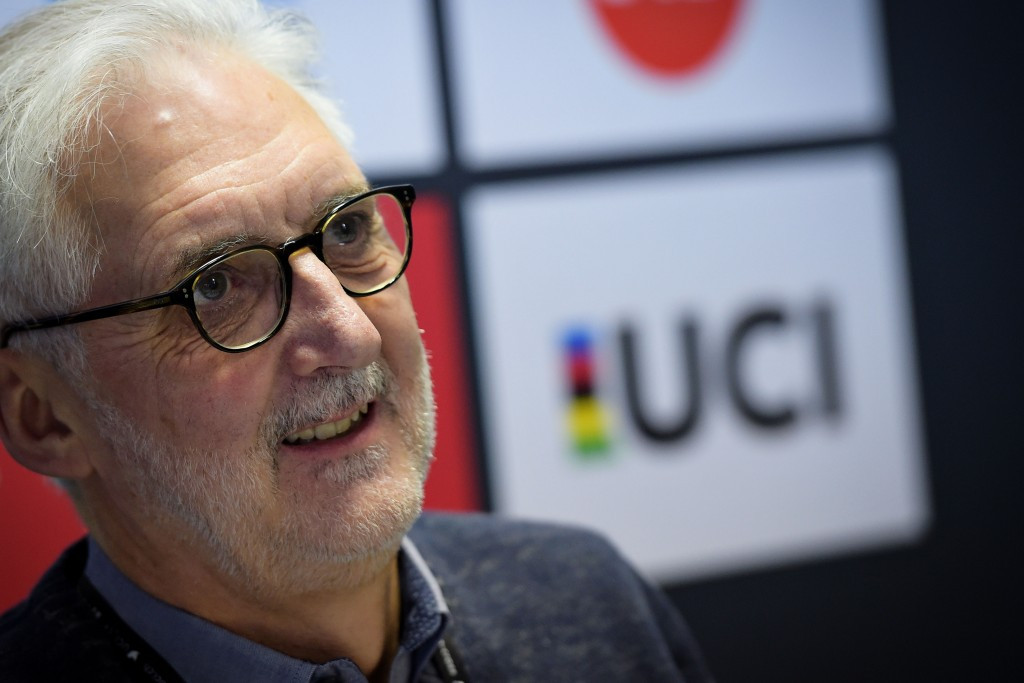 Brian Cookson has revealed his intention to seek re-election as the International Cycling Union (UCI) President in 2017.

The Briton told delegates at the European Cycling Union’s (UEC) annual Congress in the Algarve that he would stand for another four-year term as the head of the governing body, which would see him remain in charge until 2021.

Cookson brought an end to the controversial eight-year reign of Ireland’s Pat McQuaid in 2013, after beating his rival by 24 votes to 18 at the UCI’s Congress in Florence.

The 64-year-old vowed to rebuild trust in the UCI and transform anti-doping in cycling when elected, with the sport having suffered from numerous drugs controversies, including the confession by American seven-time Tour de France winner Lance Armstrong in January of 2013.

Cookson, who previously served as British Cycling's President for 16-years, claimed in December that the UCI had made "significant" steps to boost its integrity and credibility, citing progress made in anti-doping following the publication of the Cycling Independent Reform Commission (CIRC) report.

The report was critical of the previous UCI leadership and outlined key challenges faced, including the abuse of Therapeutic Use Exemptions (TUE), new designer drugs and the micro-dosing of banned substances to avoid detection by anti-doping authorities.

In response, the UCI announced a series of anti-doping policies, including the strengthening of the Cycling Anti-Doping Foundation (CADF) and a move to encourage them to make use of night-time testing when they believe it necessary.

One of the key challenges facing the Briton in the remainder of his current term will be to resolve the ongoing disagreement with the Amaury Sport Organisation (ASO) over the UCI’s reforms of men’s professional cycling, which were announced in September.

ASO informed the UCI in December that they would opt to register their events for the second tier Hors Classe (HC) status for 2017 season, rather than the top tier WorldTour, in protest at the reforms.

Currently their events, such as the Tour de France and Paris-Roubaix, are part of the WorldTour calendar for the forthcoming season which require them to invite all 18 of the WorldTour teams to the events.

By registering their events for the HC status, however, ASO would have greater freedom to pick and choose the teams they invite to the races.

The UCI believe their reforms, which include giving teams three-year WorldTour licences and adding new races to the calendar, will encourage stability to create further investment for growth and provide stronger structures to ensure cycling's credibility.

Despite ASO’s position, they have vowed to push through the changes.

It was also announced that the European Road Championships in Nice and Monaco would be open to elite riders for the first time, while a multi-year contract had been finalised with the European Broadcasting Union to broadcast all European Championships in the disciplines for road, track, cyclo-cross, BMX and mountain biking.

The UEC delivered a presentation on technological fraud, following the first confirmed case of the practice in the women’s under-23 race at the Cyclo-­Cross World Championships, which they stated they would send to the UCI.