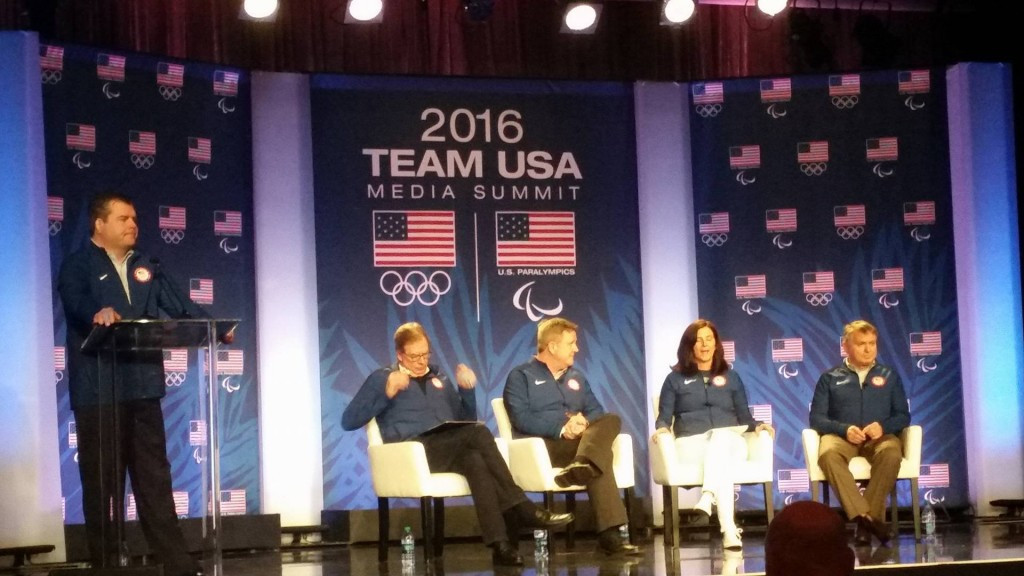 United States Olympic Committee (USOC) chief executive Scott Blackmun has moved to downplay the risk of Zika virus in the face of a multitude of questions on the issue here today, claiming not to be aware of a "single athlete who has made a decision not to attend" Rio 2016 because of it.

Blackmun, speaking alongside USOC chairman Larry Probst in the opening morning of a three-day media summit here, also provided reassurances over water quality and the readyness of venues in the Brazilian city.

He admitted that all are "serious and real issues", but then claimed that "there are issues with every Olympic and Paralympic Games".

"Each individual athlete has to make his or her decision," he said regarding Zika.

"We are not looking at any overall options.

"I’m not aware of a single athlete who has made a decision not to attend."

Blackmun also said he was not aware of any potential US Olympians or Paralympians who are currently pregnant, although he admitted "there may be some out there".

It follows more reports suggesting a strong link between mosquito-borne Zika virus and microcephaly, a condition in which a baby is born with a small head.

Footballer Hope Solo said earlier that she would "not travel in the present climate as she wants to start a family", although the onset of the Brazilian winter by the time of the Olympics and Paralympics means there should be less mosquitos.

A special Disease Advisory Group was formed by USOC earlier this month in order to "identify and establish" best practices in managing infectious diseases at Rio 2016.

USOC were also forced to deny reports last month that they told athletes and staff concerned about the Zika virus that they should consider not attending the Olympics.

Swimmers speaking here today also downplayed their personal fears ahead of the Games.

Five-time Olympic champion Ryan Lochte claimed he was "not really concerned at all" about Zika, which is thought to most affect pregnant women.

Each location in which they compete poses different risks, he said, which they have to deal with.

Similar sentiments were offered by 33-year-old compatriot Natalie Coughlin, who compared the situation with competing in areas affected by malaria.

"It’s all about prevention and learning," she said.