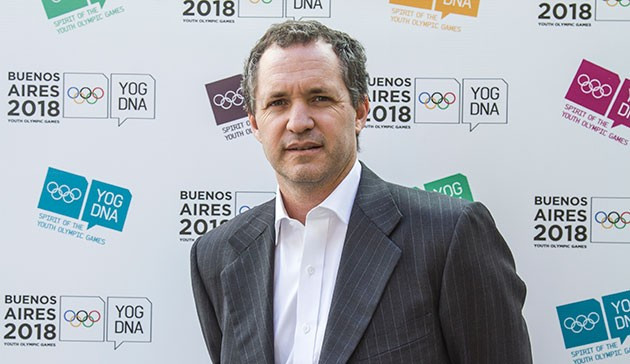 Skateboarding, sport climbing and roller sports are being considered for the programme at Buenos Aires 2018 and mountain bike cycling will be replaced with an urban form of the sport, the event's chief executive Leandro Larrosa has told insidethegames here.

Larossa, who was also involved with the organisation of the International Olympic Committee (IOC) Session in Buenos Aires in 2013, where Tokyo won its bid to host the 2020 Olympic and Paralympic Games, revealed discussions were ongoing with the International Federations (IFs) about getting the three sports included at the Summer Youth Olympics in the Argentinian capital.

Skateboarding and sport climbing are bidding to be a part of the Games in Tokyo in 2020, though a dispute remains over which governing body will take charge of organising the former should it feature at the Olympics in four years’ time.

The mountain bike cycling event has been amended due to the fact that Buenos Aires is “a flat city”, according to Larrosa, who claimed he had held a meeting with International Cycling Union President Brian Cookson to “do something spectacular in an urban context”.

Larrosa also confirmed that rowing competitions at the event will be held over 500 metres rather than the usual 2,000 metres.

This is due to the only Olympic-sized rowing facility being 35 kilometres away from the capital.

It is due to take place in the Puerto Madero region of the city.

“We want to bring sport to people and not people to sport,” Larrosa said here during the Winter Youth Olympic Games.

“Usually, sports like rowing and sailing are always far away because you need a special space to do it and in Buenos Aires we have the same issue.

“Everything is happening inside the city of Buenos Aires - all the sports that are usually far away we have managed to have them right in the middle of the city and this is something which is important for the Youth Olympic Games."

The programme at the third edition of the Summer Youth Olympics will include events such as BMX freestyle, kiteboarding, beach handball and cross-country running, designed at appealing to the “youth-orientated” mantra of Buenos Aires 2018.

Record numbers of female and mixed events are included in part of a total projected field of 1,893 male and 1,893 female athletes all aged between 14 and 18.

It will be the first-ever Olympic Games of any kind to feature the same number of male and female competitors.

“In a meeting that I had with [IOC chief executive and Olympic Games Executive Director] Christophe de Kepper and Christophe Dubi, we said as an Organising Committee we want to do everything the IOC want us to do for the future of the sports that they want to try for Tokyo or for the future," Larrosa added.

"Skateboarding and roller sports is something big in the city as it is an urban sport and we have to try to bring to these Games so people can try it and can see it.

“I cannot tell you exactly what we are going to do yet as we are still in discussions but I promise you we will have some nice surprises.”

Larrosa and six other members of Buenos Aires 2018 have been visiting here for Lillehammer 2016 as part of an observation programme.