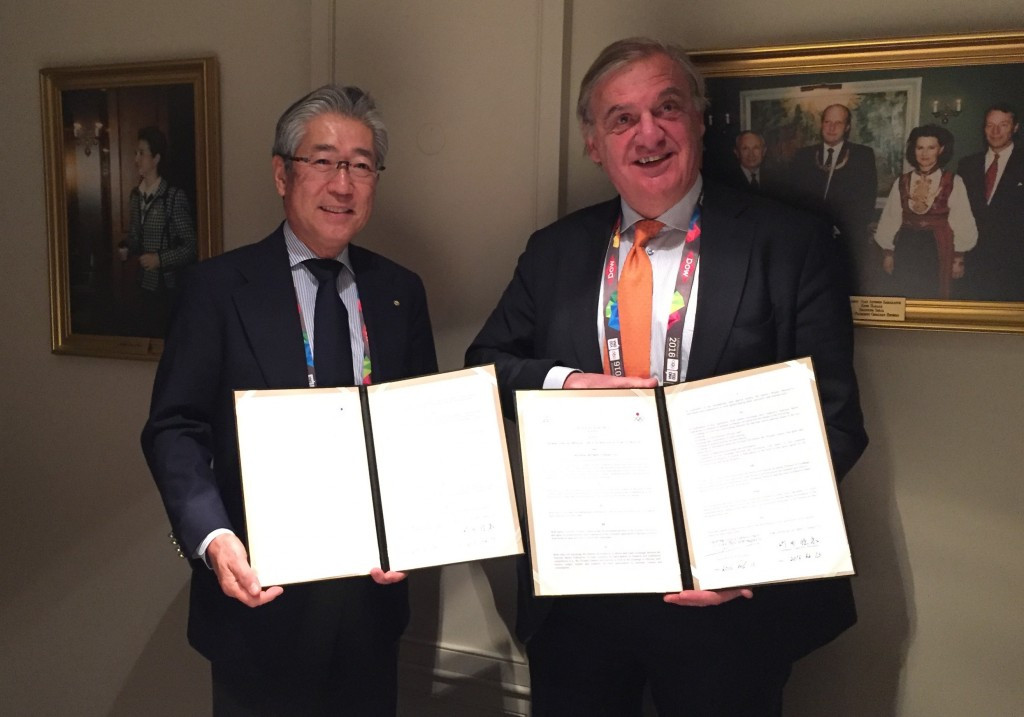 A cooperation agreement between the Japanese Olympic Committee (JOC) and the Dutch Olympic Committee*Dutch Sports Federation (NOC*NSF) has been signed here in a bid to strengthen the relations of the two organisations.

As part of the deal, the JOC and NOC*NSF will exchange marketing knowledge as well as information concerning the Olympic Movement.

They will also actively support officials, staff, its own athletes and coaches to promote exchange programmes and opportunities.

The agreement will see the two National Olympic Committees (NOCs) share good practices in the lead-up to the Olympic Games in Rio de Janeiro later this year and beyond.

The NOC*NSF are the 33rd NOC to sign a cooperation agreement with the JOC.

The most recent NOC to partner with the JOC was the Costa Rica National Olympic Committee after the two bodies penned a deal back in May of last year in Tokyo.

It follows the JOC entering into a partnership with the British Olympic Association (BOA) after the two organisations penned a Memorandum of Understanding, which will allow the BOA to use sports facilities in the build-up to Tokyo 2020.

The agreement was also signed by the Yokahama and Kawasaki City Governments, as well as Keio University, and covers the provision of and access to facilities for the BOA.

Following the MoU, the BOA will be able to use facilities at Keio Hiyoshi Campus and Todoroki Stadium, as well as the Yokohama International Swimming Pool, for their pre-Games training.