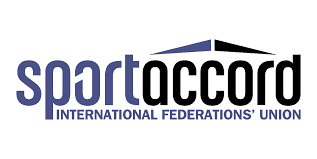 A proposal to merge SportAccord and SportAccord Convention has been postponed following a Council meeting in Lausanne today, with the former body to remain composed of individual sports rather than just four umbrella bodies.

Under proposed controversial new statutes sent out to members last year, there would have been four groups eligible to vote.

The Association of IOC Recognised International Federations (ARISF) and the Alliance of Independent Recognised Members of SportAccord (AIMS) would have had one each.

This would have meant that the Olympic sports would hold a clear majority of five of the seven votes, despite only accounting for 34 of the 92 full SportAccord members.

The proposals had been defended by SportAccord interim President Gian-Franco Kasper on the grounds that having just four members would avoid the duplication of discussions within the four umbrella bodies and save time and money.

They were fiercely opposed by others, however, particularly by representatives from non-Olympic sports, who claimed it was giving the Olympic Federations disproportionate and unfair power.

Both the SportAccord Council and membership would effectively become the same few individuals, critics warned, something which, they claimed, was at odds with principles of good governance.

Today's concession is a victory for these critics.

A two-thirds majority of existing members was required to change the statutes, so the Council may have realised that it was very unlikely their measures would have gained enough support from the non-Olympic majority had they gone to a vote.

"As part of the unanimous decision of the SportAccord Council, the members agreed to revise a number of articles in the Statutes to ensure a solid governance of the organisation."

The intention now appears to be to prioritise these concerns with the proposed structure and governance of SportAccord before returning to the planned merger with SportAccord Convention once these issues have been resolved.

The General Assembly during this year's SportAccord Convention in Lausanne will be crucial in determining what steps will be taken.

"We appreciate the constructive input received from many Members who have underlined the important role of SportAccord for interaction between all International Federations to exchange best practices and learn from each other," added Kasper, also President of the International Ski Federation and AIOWF.

"We need to ensure this effective collaboration amongst the Federations continues, and the decision to keep two separate entities is the right solution for the time being."

They were joined by AIMS head Stephan Fox, also secretary general of the lnternational Federation of Muaythai Amateur.

Russia's International Chess Federation President Kirsan Ilyumzhinov was also due to be there.

"SportAccord Convention is constituted by the Associations and it is operating effectively and run by our professional team," he said following the meeting.

"We are very much looking forward to the 2016 edition in Lausanne, which is promising to be a highly successful Convention, hand in hand with the SportAccord Members."

The proposed changes were raised last year following the resignation of former President Marius Vizer just less than two months after his controversial criticism of the IOC and its President Thomas Bach had prompted the withdrawal or disaffiliation of many of the SportAccord members.

Vizer remains head of the International Judo Federation and is still thought to wield some influence behind the scenes.

The initial draft statutes can be read here.