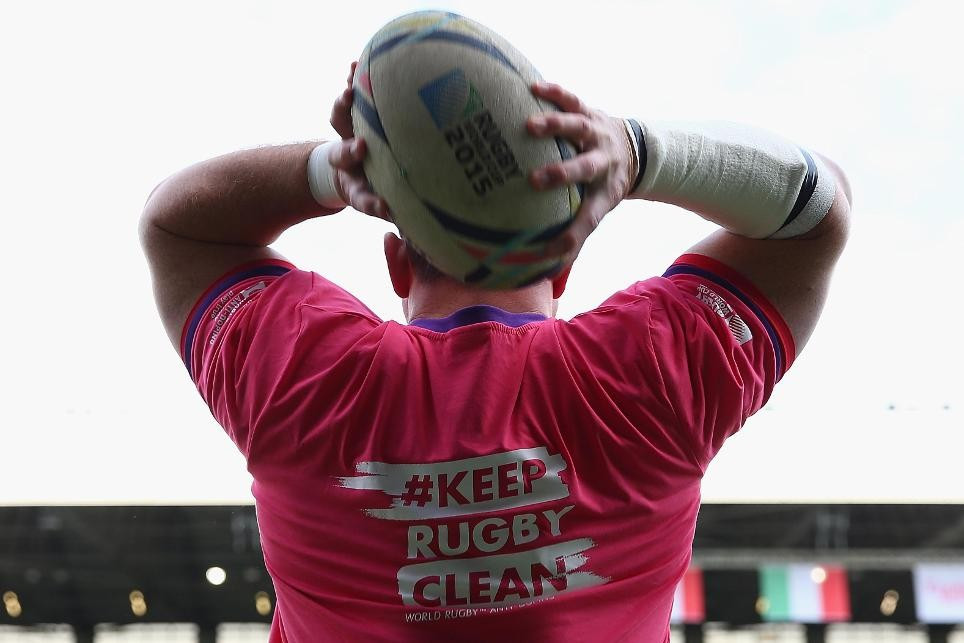 No positive doping results were recorded from more than 450 tests conducted during the England 2015 Rugby World Cup, the sport's governing body have announced today.

An "intelligence-led, targeted programme" was run in partnership with UK Anti-Doping in which 200 in-competition and 268 out-of-competition tests were taken across all 20 teams participating in the quadrennial event.

It included a mix of 317 urine and 151 blood samples, with all analysed by the Drug Control Centre at the World Anti-Doping Agency (WADA)-accredited laboratory at King's College, London.

Not a single adverse analytical finding has been recorded to date, with samples to be stored for future re-analysis.

This comes after World Rugby increased its anti-doping budget by more than 30 per cent in 2015, with the Athlete Biological Passport (APB) system having also been recently introduced.

The World Cup also featured rugby's biggest-ever anti-doping education programme with over 600 players and 500 team officials undertaking mandatory education prior to the start of the tournament, which included #KeepRugbyClean Day on September 26.

"Doping is a major threat to the integrity of sport and World Rugby is committed to a prevention programme of targeted testing and global education to ensure that players at all levels understand the performance and health importance of maintaining a level playing field for all," said the body's chairman Bernard Lapasset.

"Our Rugby World Cup 2015 programme was based on intelligence-led testing and reflects our commitment to ensure that we are ahead of the curve in this area.

"While there were no adverse findings before, or during, Rugby World Cup 2015 that doesn't mean we can become complacent as to the risks.

"That is why we have increased our budget in this important area and committed to storing samples for potential further analysis.

"As our showcase tournament, Rugby World Cup 2015 provided a global platform to reach, engage and educate the global rugby family at all levels as well as wider society.

"Collectively, we must continue to drive the education agenda and protect clean players."

The news is being hailed as a major achievement by a sport which does face doping problems.

In September, it emerged that Marseille prosecutors are investigating several pharmacies in the southern town on France's Cote d'Azur after allegations that players from the reigning European champions had been supplied with anabolic steroids.

The team angrily denied the claims, with club owner Mourad Boudjellal insisting that "no player is concerned in this affair" and that the reports are based upon "totally unfounded information".

Both rugby union and rugby league are among the sports in which doping is most prevalent in Britain, with 17 union players currently serving bans.