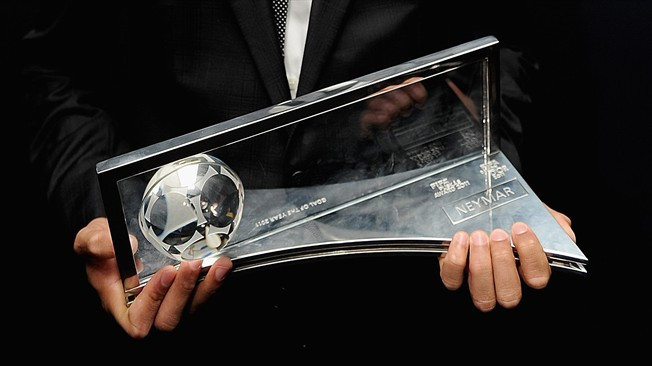 FIFA has revealed the list of 10 nominations for its annual Puskás Award for the best goal scored over the past season.

Barcelona star Lionel Messi has been nominated for his superb individual strike during their victory over Athletic Bilbao in the final of the Copa del Rey, Spain’s domestic cup competition, in May of this year.

Juventus striker Carlos Tevez, who now players in Argentina for Boca Juniors, has made the list for his solo effort against Palma in Serie A in November 2014 has also made the shortlist, as has AC Milan’s Philippe Mexes for his stunning volley direct from a corner in a pre-season friendly with city rivals Inter in July of the same year.

Carli Lloyd of the United States is the only female player on the list and she was nominated for her goal during the Women’s World Cup Final, where she picked the ball up just short of the halfway line and arrowed a drive from distance over the head of scrambling Japanese goalkeeper Ayumi Kaihori.

The strike capped off a memorable game for the 33-year-old as it completed her hat-trick in her American side’s 5-2 thrashing of Japan, which handed them a third World Cup title.

Other nominees on the 10-strong list include Real Sociedad’s Gonzalo Castro for his volley from an acute angle in his side’s La Liga encounter with Deportivo de la Coruña in April 2015, as well as Esteban Ramirez of Costa Rican side Herediano.

The Puskás award can be given to players of all levels and David Ball, a striker for English League One club Fleetwood Town, has been included on the list for his deft chip during his team’s clash with Preston North End in March.

Roma’s Alessandro Florenzi has been put forward for the prize after he found the net from wide out on the right hand side, almost 50 yards from goal, during a UEFA Champions League clash with Barcelona in September.

Wendell Lira, who plays for Goianésia in the Brazilian First Division, also known as the Campeonato Goiano, has been nominated thanks to his audacious bicycle-kick which put his side 1-0 up against Atlético Clube Goianiense in March.

Cameroonian Marcel Ndjeng, who plays for German outfit FC Paderborn, is the final nomination and is perhaps one of the favourites.

His volley from just outside the centre circle in a pre-season friendly with English club Bolton Wanderers last summer exhibited perfect technique and sailed into the net over a despairing Ben Amos.

The public can vote for their favourite goal of 2015 from today until November 30 by going to the dedicated section of FIFA’s website, which also includes videos of all 10 nominations and can be accessed here.

The top three goals will then make the final shortlist, before another round of voting will decide the eventual winner.

The Puskás Award is in its seventh year and the winner will be revealed at a special ceremony in Zurich on January 11 next year, where the FIFA Ballon d’Or and FIFA Women’s Player of the Year Prizes will also be given out.

Colombian James Rodríguez won last year's award for his volley in his country's victory over Uruguay at the 2014 World Cup in Brazil.