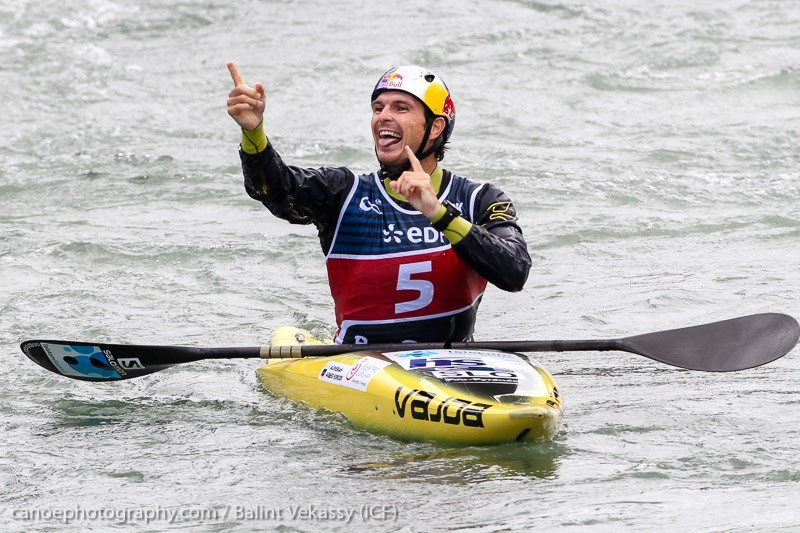 The 31-year-old double world champion has had a turbulent 12 months after dislocating his shoulder at the opening World Cup of last year, leaving him sidelined for most of the season.

Victory marks a change in fortunes for Kauzer ahead of next month’s World Championships in London, where qualification for next year's Olympic Games in Rio de Janeiro  will be up for grabs.

"I am really happy to win the World Cup Final because at the beginning of the season, I found it really hard to come back after my injury last year," said Kauzer.

"I kept having ups and downs.

"Now I feel very good in the boat, I can push like in the final today and improve my runs between semi-finals and finals."

France’s Vivien Colober had stopped the clock in the fastest time, but was later given a 50-second penalty to dash any chance of a podium spot.

Fox’s silver medal-winning performance was enough for her to secure the overall season title.

This was also the case for Slovakia’s Matej Benus, who claimed the overall C1M crown despite coming second to France’s Pierre-Antoine Tillard in the final.

Tillard was a comfortable winner of the gold medal thanks to an impressive display of control and power in front of an expectant home crowd.

"I did a perfect run from top to bottom," said Tillard, whose compatriot Denis Gargaud Chanut completed the podium.

"I planned to do a reverse on the tricky part before the turn, at gates seven and eight, but I was too short in the stop before getting there so I had to go forward and it went well.

"It feels great to win in front of my home crowd."

The action in Pau is due to continue tomorrow with the K1W and C2M finals.