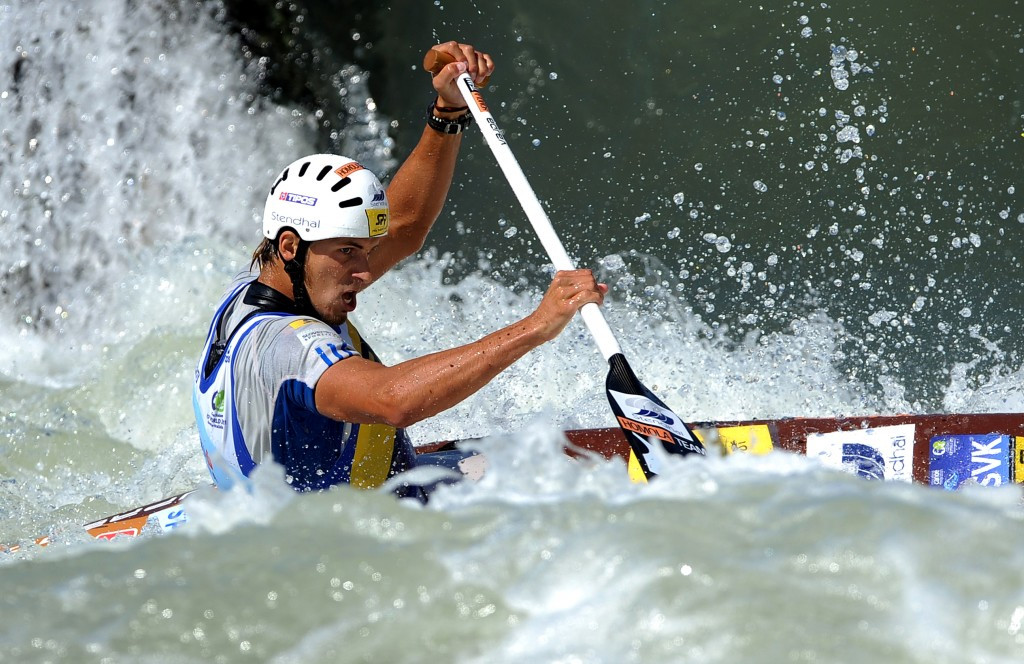 Billed as the last opportunity for the world's best paddlers to hone their form ahead of next month's World Championships on London's Olympic course, the final of five World Cup events is also offering double points in the season standings.

Benus produced a superb first run of 88.51sec in the men's C1 event to finish 1.80 seconds ahead of United States' Casey Eichfeld and Slovenia's Benjamin Savsek.

As well as setting him up well for tomorrow's semi-final, Benus is also boosting his hopes of selection for Slovakia's ultra-competitive Olympic team for Rio 2016, with Michal Martikan, the Atlanta 1996 and Beijing 2008 champion, his closest domestic challenger down in fifth.

“The course is very nice here, the water is a little bit changing but I love this course," said Benus.

“I was a little bit surprised with my time because I did nothing special, I had good water everywhere; I guess that’s why I was very fast.

“The upstream gate 19 was tricky; there was a hole just before it, and depending on how big the hole is when you get there, you need to approach it accordingly.”

In the corresponding women's event, still not on the Olympic programme, Brazilian Satila continued her rise with the only clean-run on the opening day of action.

“I am feeling really great, I had an amazing run, my first clean run in C1," said the Brazilian.

“This is really funny because when I have to paddle on an easy course I touch gates and this is a difficult course and it was clean!”

“These kinds of runs are reassuring,” said the 29-year-old.

“It’s better to be in the front of the pack than behind.”

All three events are due to conclude tomorrow before the finals of the women's K1 and team events take place on Sunday (August 16).