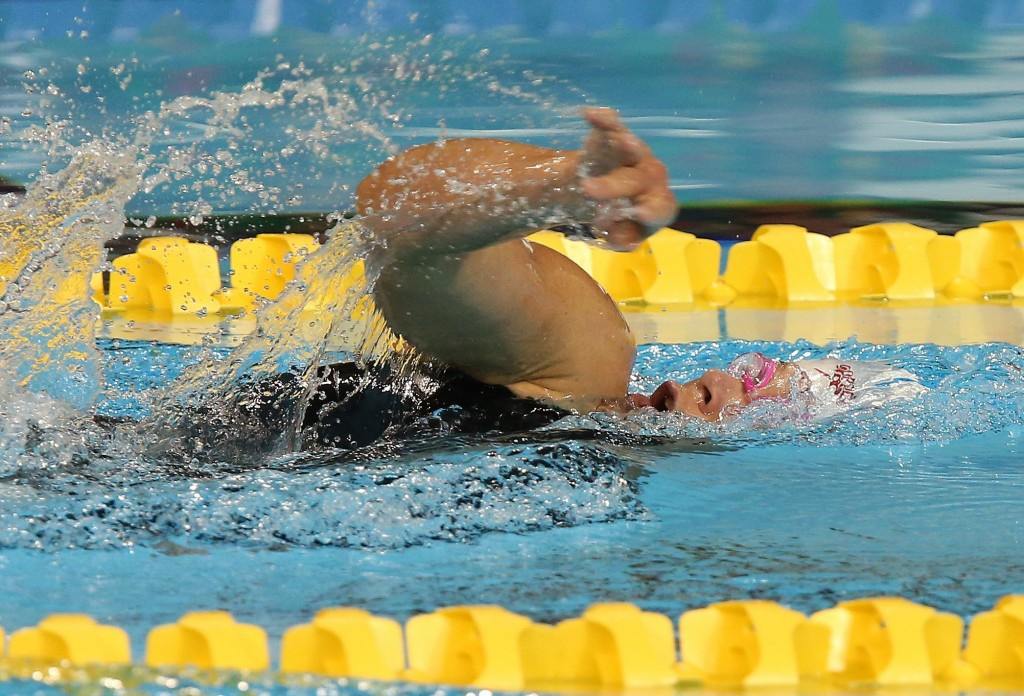 Brazil and Mexico claimed seven gold medals on the opening day of the Parapan American Games in Toronto, with swimming proving to be a fruitful sport for both countries.

Mexico’s Nely Miranda produced the highlight of the evening in the CIBC Pan Am/Parapan Am Aquatics Centre and Field House as the S4 swimmer broke her own 50 metres freestyle world record, which she had set at the International Paralympic Committee (IPC) World Championships in Glasgow last month.

On that occasion she had posted a time of 40.08sec, but she was able to earn her second Parapan American Games title by touching home in 39.92, having won the 100m freestyle event earlier in the day in 1min 31.35sec.

Her compatriot Gustavo Sanchez achieved the S4 freestyle double, taking the men’s 50m freestyle event in 40.64, having set a Parapan American Games record of 1:26.93 to earn the 100m crown.

There were also gold medals for Valeria Lopez and Beatriz Resendiz in the women’s S6 400m and S14 200m races respectively.

Felipe Caltran earned the first of three Brazilian golds in the pool, claiming  victory in the men’s 200m freestyle in 2:03.31.

The final gold for Brazil in the pool was secured by Joana Da Silva as she set a Games record of 1:25.81 in the women’s S5 100m event.

In addition to their success in the pool, the hosts of next year’s Paralympic Games enjoyed further success in other sports on the opening day.

Maria Rizonaide was one of the Brazilians to earn success, winning the women’s up to 50 kilogram powerlifting gold, lifting a Games record 73k.

The final powerlifting gold of the day was claimed by Chile’s Cardenas Carinao with an Americas and Parapan Games record of 166.40kg in the men’s up to 54kg event.

His success was followed by a gold for Nelson Serna and guide Sebastian Durango in the visually impaired event as sprinted to victory ahead of home favourites Daniel Chalifour and Alexandre Cloutier, both pairs ending in 2:07:40.

Canada were not to be denied, however, in the men’s H3-5 road race as Mark Ledo earned their first gold medal, breaking away to finish in 1:22:17, with the United States’ William Lachenauer and fellow Ledo’s fellow Canadian Charles Moraeu taking silver and bronze respectively having finished in 1:22:36.

“For it to be the first gold medal of the Games makes it extra special."

American though would prove to be the dominant nation on the first of two days of cycling road races as Joseph Berenyi and Samantha Heinrich were victorious in the men’s C1-3 and women’s C1-5 events, while William Groulx triumphed in the mixed H1-2 event in 1:04:02.

Canada and the United States are considered favourites to win men’s basketball gold in Toronto and both countries got off to perfect starts having recorded straightforward victories.

The hosts convincingly defeated Venezuela 102-27, while the US team saw off the challenge of Colombia as they earned a 70-42 win.