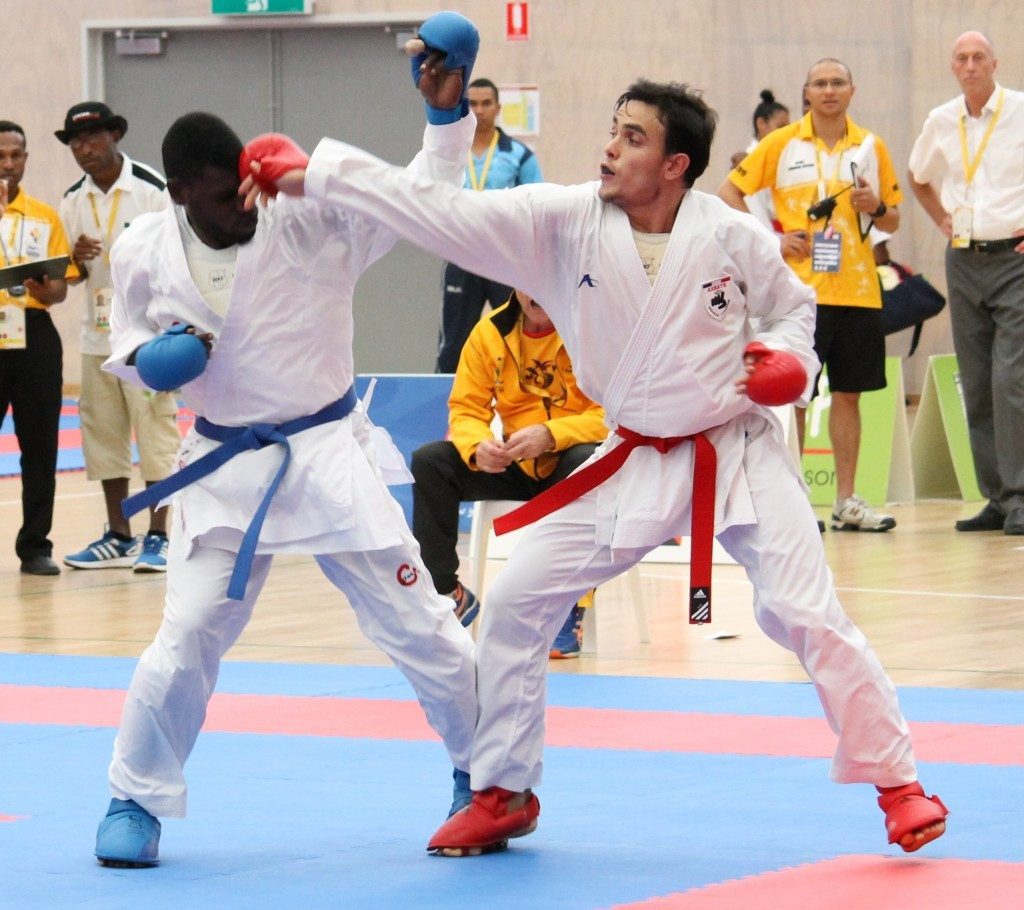 New Caledonia and Fiji shared eight gold medals between them on the opening day of the Port Moresby 2015 karate competition at the Taurama Aquatic and Leisure Centre here today.

The two countries split all of the kata golds in the day’s first session, three going to New Caledonia and one to Fiji, before earning two each in the kumite events.

Bakani was part of Fiji’s successful women’s kata team, however, as she and compatriots Adi Drodrolagi Kidia and Kalei Seniloli finished ahead of New Caledonia’s trio, made up of Mondoloni, Amelia Belmonte and Laura Rothery.

Vu Duc Minh Dack secured another gold for New Caledonia in the men’s individual kata, and helped increase his country's tally even further when combining with Kevyn Pognon and Arnaud Saturnin in the team event.

Fiji’s Anthony Yam had to settle for silver in the individual event, with Tahiti’s Noa Lucas and Papua New Guinea’s Cosmas Walio Saliawali in second and third respectively.

“This one was more difficult,” said Bakani.

“I started doing kumite [again] last year and I’m still trying to grasp all the knowledge that I had forgotten, so this year is tough.”

New Caledonia’s kumite golds came from Kenny Guillem in the men’s over 84kg and Mathieu Annonier in the men’s under 84kg event.

Guillem defeated Vanuatu’s Johnny Rosses Laau 9-0 in his gold medal bout, while Annonier won 4-1 against home favourite Vincent Bougen in a contest that was much tighter than the final score would suggest.

James Lenoa and the Solomon Islands’ Robert Gregory Anita were the two over 84kg bronze medallists, with Anita’s fellow countryman Selwyn Kuru and Wallis and Futuna’s Paino Talikilagi Mulikihaamea rounding off the under 84kg podium.

There were also gold medals for Lango and Tahiti’s Vaitiare Tehaameamea in the women’s under 50kg and women’s over 68kg categories respectively.

Lango triumphed 7-1 in her final against Papua New Guinea’s Jacklyn Barney, while Tehaameamea recorded a 4-0 win against another home athlete, Gewa Bianca Rupa.

New Caledonia dominated the field at the last two Pacific Games that karate has featured in, Nouméa 2011 and Suva 2003, but Fiji showed they are also a force to be reckoned with.

The second and final day of Pacific Games karate action is due to take place tomorrow.