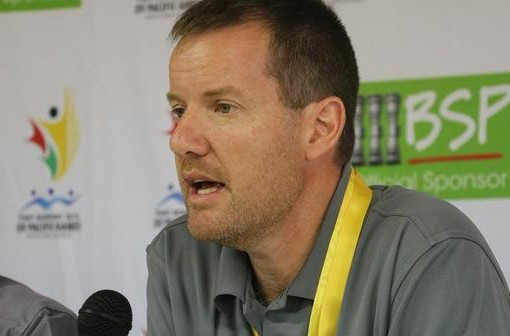 Tahiti will be “difficult to beat” in the race to stage the 2023 Pacific Games, it was claimed after the country formally expressed an interest in hosting the event at the Pacific Games Council (PGC) General Assembly here today.

The PGC allowed potential bidders the chance to put their hat into the ring during the General Assembly and, despite reports Fiji were keen on launching a bid, the only candidate to do so was Tahiti.

There is still, however, plenty of time for other nations to enter the race as today’s meeting gave countries the opportunity purely to declare their interest.

Potential candidates have at least another six months before an official bid has to be lodged with the PGC, once official invitations have been sent out.

It is still widely expected that Fiji will be one of those on the start line for the 2023 Pacific Games after Assistant Minister for Youth and Sports Iliesa Delana last week claimed they are “ready” to host future editions of the event.

There is also reportedly one other unnamed country weighing up the possibility of a bid for the 2023 Games.

Tahiti, the largest island in French Polynesia, an overseas collectivity of France, had demonstrated almost from the outset that they are interested in staging the Pacific Games following their defeat to Tonga in the 2019 bidding process.

Their announcement came as little surprise and prompted Andrew Minogue, executive director of the PGC, to declare them as favourites.

“They’ve certainly laid down a marker and they will be difficult to beat,” Minogue told insidethegames.

“People in the Pacific appreciate being given the message that a country is interested so that will count in their favour.

“They lost out in 2019 and they’ve never hosted it before and we were delighted to hear from them today.”

Minogue also revealed they are “keeping a close eye” on the preparations of Tonga, hosts of 2019 following reported issues over funding and venues.

“They’re doing everything we have asked them to do and enough has happened for us to be encouraged,” he added.

“We’ll keep track of their plan and we’ll keep a close eye on how they’re doing.”

The Australian went on to insist the PGC will fully support Vanuatu, who are due to host the 2017 Pacific Mini Games, following the devastation caused by Cyclone Pam, which ripped through the country in March.

The disaster is regarded as the worst to have ever hit the nation, causing widespread damage and killing 15 people in the process.

“The cyclone has obviously hit them hard and they are going to need all of our help,” Minogue said.

“They are getting support from the Government and we are with them every step of the way.”