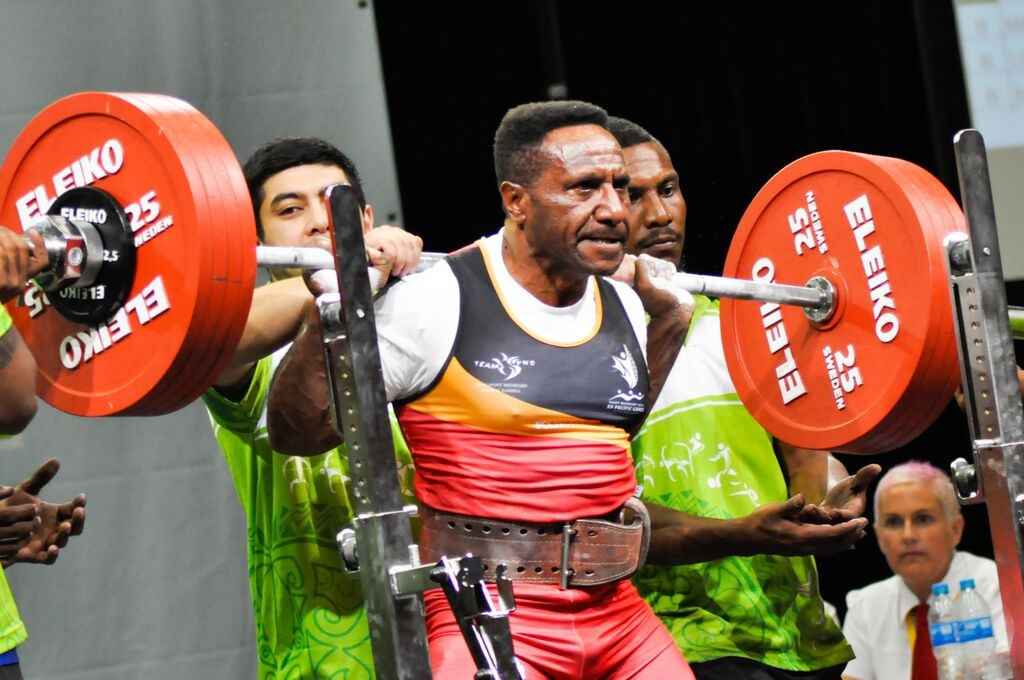 At least one gold medal was guaranteed for Papua New Guinea with home athletes Hitolo Kevau and Navili Benson the only two competitors in the women’s 47 kilogram category.

There were also opening session wins for Dobi Mea and Belinda Umang in the women’s 52kg and 57kg categories respectively, as well as Kalau Andrew in the men’s 59kg.

Mea’s total of 307.5kg saw her come out on top in a three-way battle with Nauru’s Febrose Tsiode and Tahiti’s Claudine Yu Hing, who missed out on a bronze medal after failing to lift in either of the three squat rounds.

Nauru’s Ivy Rose Jones provided Umang’s only opposition but she was unable to match the crowd favourite, finishing 50.5kg behind on 240kg.

Andrew faced a more difficult task in a category that contained six lifters, however, a total of 462.5kg proved to be enough to fend off Kiribati’s Nantei Nikora by a 2.5kg margin, with New Caledonia’s Philippe La completing the podium on 445kg.

Mangela was made to work harder for his success thanks to a strong challenge from Taggart Duburiya, but still ended up 18kg better off than the man from Nauru, and 113kg clear of fellow countryman Kenny Naime in third.

A 215kg squat was followed by a 125kg bench press and 235kg deadlift, as Dowabobo accumulated a total of 575kg to beat Papua New Guinea’s Henry Kelo and Brown Bolong to gold.

In the last session of the day, Papua New Guinea’s flagbearer at the Opening Ceremony of the Games, Linda Pulsan, set a masters world record on her way to winning the women’s 72kg crown with a total of 476kg.

The 44-year-old squatted 183.5kg to reach the mark, having failed at last month's World Championships in Salo, Finland and could have added an open world record had she not been disqualified in her attempt at 186.5kg.

Papua New Guinea had to settle for silver though in the men’s 83kg as Livingstone Sokoli finished second to Nauru’s Deamo Baguga.

Sokoli fell 60kg short of Baguga’s 690kg total and was followed in the final standings by New Caledonia’s Frederick Warsidi on 600kg.