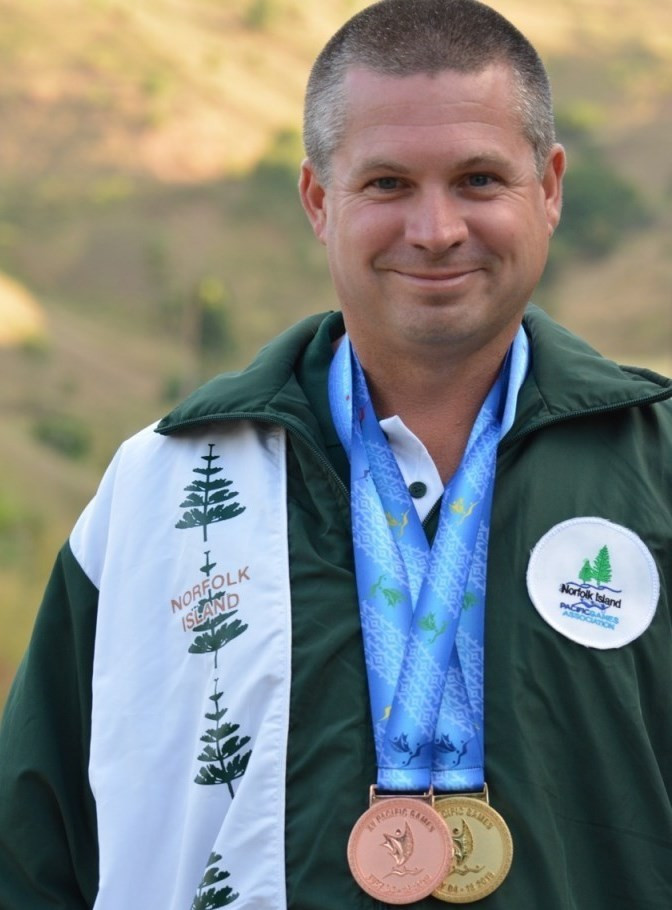 Creek, who years ago lost the use of his right hand in an accident and learned to use his left hand instead, ended with a total of 526 points from the two-day contest.

"This is the first time pistol has ever been in the Pacific Games and it’s really good to get Norfolk up there in the limelight for a change."

“Even though we are from the same country, we all played our best and tried to win the gold,” said Richmond.