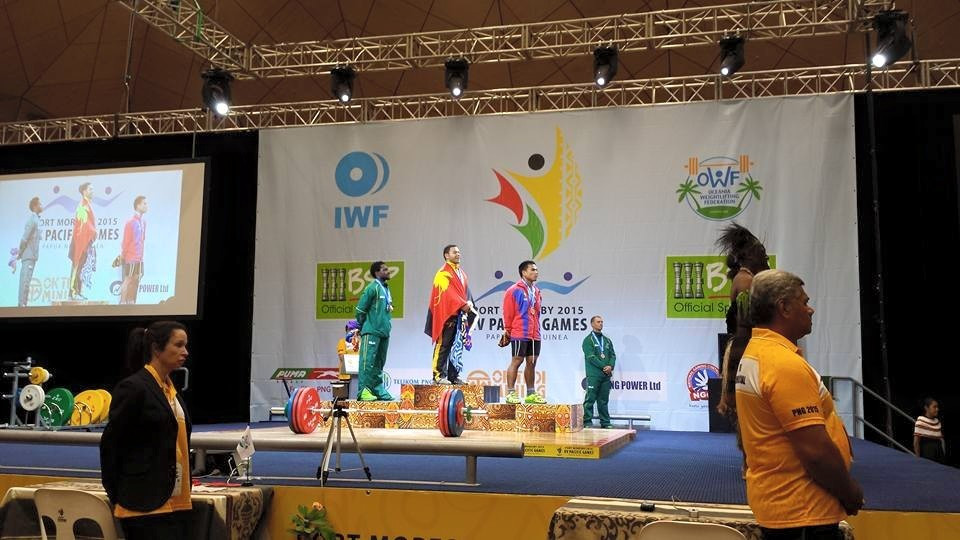 Udia finished second to Australia’s Francois Etoundi in the snatch competition with a lift of 130kg, but winning clean and jerk lift of 172kg gave him a total of 302kg to edge out his rival by just a kilogram.

Earlier, in the men’s 69kg category, the Federated States of Micronesia’s Manuel Minginfel took the overall title with a total of 276kg, having also won in snatch with a lift of 120kg.

A lift of 156kg saw Minginfel finish second to Fiji’s Tevita Wanono Tawai in clean and jerk, but it was enough to claim the top prize.

Samoa’s Patrick Pasia came second in the overall standings with a total of 268kg, followed by Tawai who ended a further kilogram off the pace in third.

Wini lifted 83kg in snatch and an impressive 110kg in clean and jerk, giving her a winning overall total of 193kg.

Although Malone ended runner-up to Ako in clean and jerk with a lift of 102kg, a winning 86kg lift in snatch ultimately proved decisive.

“It feels so awesome and it is a huge honour to be invited to participate in the Pacific Games,” said Malone.

“It’s a massive privilege to be here and to be competing alongside other athletes from the Pacific.

“The sporting venue is great, we feel comfortable and everything is great.”

Ako hopes her performance will inspire Papua New Guinea’s youth to get involved in weightlifting.

“I would like to encourage all upcoming weightlifters to focus and to be mentally fit,” she said.

“This sport of weightlifting is not an easy sport, it’s a mind game.

“Lifters have to fight and must be mentally strong to do well.”

All four winners were also declared Continental champions, with the Pacific Games weightlifting doubling as the Oceania Championships.

The weightlifting action is due to continue tomorrow with the women’s 69kg and 75kg weight classes and the men’s 85kg and 94kg divisions.