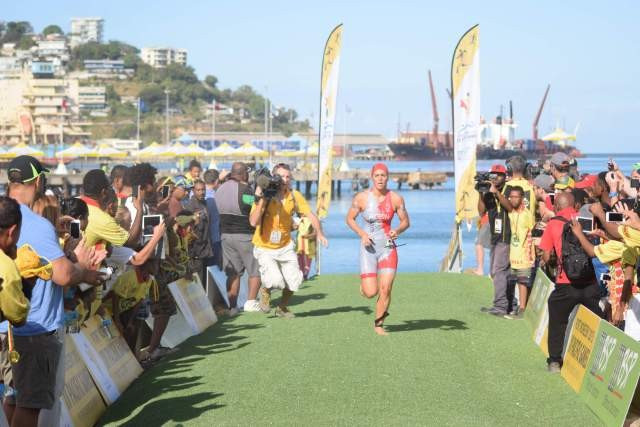 Robin crossed the finish line in 1 hour 06min 30sec to set the Games’ most successful nation on their way to a double success, completed by Lucini with a time of 59min 04sec.

Robin’s tactic was to push ahead of her rivals early, bearing in mind the challenging course involved having to power up the Kumul freeway in the last leg, the run.

“I am better at swimming,” Robin said after her victory.

“I made sure I gained the lead in swimming so that I could get ahead.”

Meanwhile, Lucini pulled away from the field in the men's to win gold by more than three minutes from Tahiti's Benjamin Zorgnotti

Zorgnotti, fifth at Nouméa 2011 as a 16-year-old, was pleased with his performance.

“I am a young athlete, but I am happy with what I did,” he said.

“I know that I am better at swimming because I finished close behind the New Caledonian but he was better at cycling.”

As well as winning both team events, New Caledonia also took the mixed team gold medal, based on a combination of the best three placings across both individual events, while Tahiti won silver and Guam snatched bronze.

The team medals will be presented during a Ceremony tomorrow morning at the Naval Base venue.

New Caledonia have topped the overall medal table at 12 of the 14 previous editions of the Pacific Games.