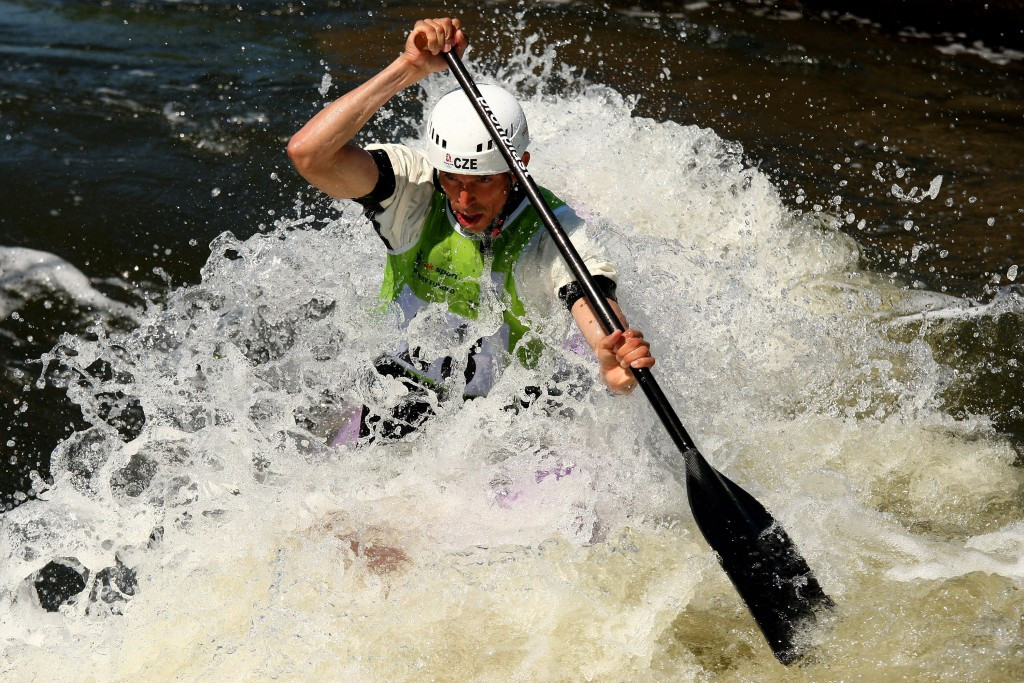 Stanlislav Jezek was the first of the home canoeists to show excellent form as he qualified fastest for the final before delivering another excellent run down the Troja canoe slalom course to win gold in the men’s C1 class.

Jezek completed the course in 1min 39.68sec, finishing ahead of Slovakia’s Benjamin Savsek, who earned silver in 1:40.25, with Britain’s David Florence completing the podium in 1:41.33.

The 38-year-old Czech put much of his success at the race down to his experience of the competing on the course since his youth.

“I didn't manage to deliver such a good race for a long time so I’m really happy to do this on my home course,” he said.

“I’ve been competing on this course for over 25 years so no one knows this course like me.”

Katerina Hoskova made it a golden double for the hosts in the C1 classes as she secured the women’s event in 1:52.43, with Australia's world champion Jessica Fox trailing the Czech home in 1:53.35.

Both women were a class above the rest of the field as Brazil’s Ana Satila finished third, more than four seconds behind the winner in 1:56.82.

The hosts looked to have been denied the third and final gold medal of the day when 22-year-old Joseph Clarke thought he had won gold for Britain in the K1 men’s event after posting a time of 1.27.33.

He was denied gold, however, after his kayak was found to not have met the weight required for the competition, with double-European Champion Jiri Prskavec awarded gold instead, having finished in 1:28.74.

France’s Boris Neveu, the 2014 world champion took the silver medal in 1:30.70, while Czech Republic’s Ondrej Tunka was elevated to the bronze medal position.