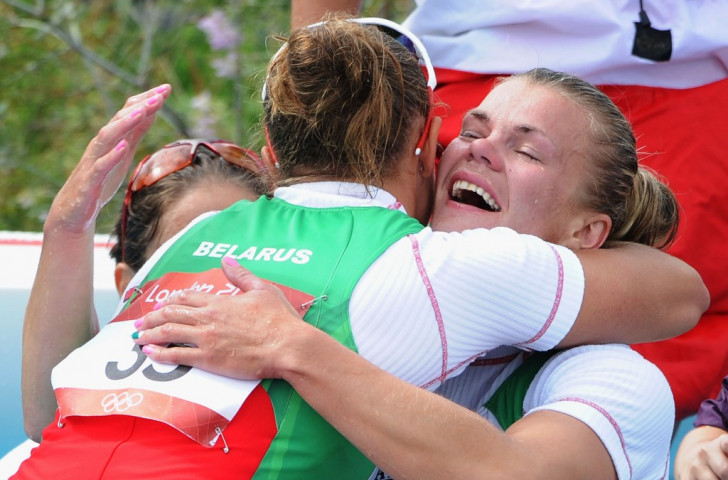 Belarus were the dominant nation on the final day of the second International Canoe Federation (ICF) Canoe Sprint World Cup of the season as they claimed three golds in Duisburg, Germany.

The quartet of Aliaksandr Liapeshka, Vitaly Bialko, Pavel Miadzvedzeu and Raman Piatrushenka clinched a narrow victory in the men’s K4 1000 metres event in a time of 2min 57.196sec, just in front of the Russian team, while Slovakia were third.

There was more team success for Belarus as Marharyta Makhneva, Nadzeya Liapeshka, Volha Khudzenka and Maryna Litvinchuk stormed to a commanding win in the women’s K4 500m event.

They crossed the line in 1:33.666, finishing ahead of Poland, and Germany sealed the last spot on the podium as they took third.

The duo of Dzianis Makhlai and Hleb Saladhuka were also in excellent form as they secured the men’s C2 200m crown with a blistering 38.098 in what proved to be a tight race, with Canada’s Max Poulin and Aaron Joshua Rublee a close second in 38.350.

Elsewhere, it was a largely successful day for the favourites at the event as multiple world champion Laurence Vincent-Lapointe built on her performance at the first World Cup competition in Montemor-o-Velho, Portugal, by winning the women’s C1 200m in 46.680.

Australia's Olympic and world gold medallist Kenny Wallace won the men’s K1 500m thanks to a time of 1:40.152, finishing in front of Poland’s Pawel Szandrach and Bulgarian Miroslav Kirchev.

The German crowd, who enjoyed a fruitful day for their nation in the opening round of finals, then had something else to cheer as C2 1000m London 2012 gold medallist Peter Kretschmer, along with new partner Michael Mueller, again reigned supreme in the category by virtue of finishing in 3:37.037.

Marcin Grzybowski and Piotr Kuelta of Poland were second, while home canoeists Yul Oeltze and Ronald Verch came through to take third.

The absence of in-form Olympic champion Lisa Carrington of New Zealand played into the hands of Marta Walczykiewicz of Poland, who crossed the line in 40.350 and that proved enough to beat Russia’s Natalia Podolskaya and Spain’s Teresa Portela in the women's K1 200m.

Isaquias Quiroz dos Santos of Brazil recovered from the disappointment of losing out on gold yesterday to take victory in the C1 500m with a time of 1:48.875 as he held off the challenge of Germany’s Olympic champion Sebastian Brendel, who was victorious yesterday.

The next ICF Canoe Sprint World Cup is due to take place in Copenhagen from next Friday (May 29) until May 31.