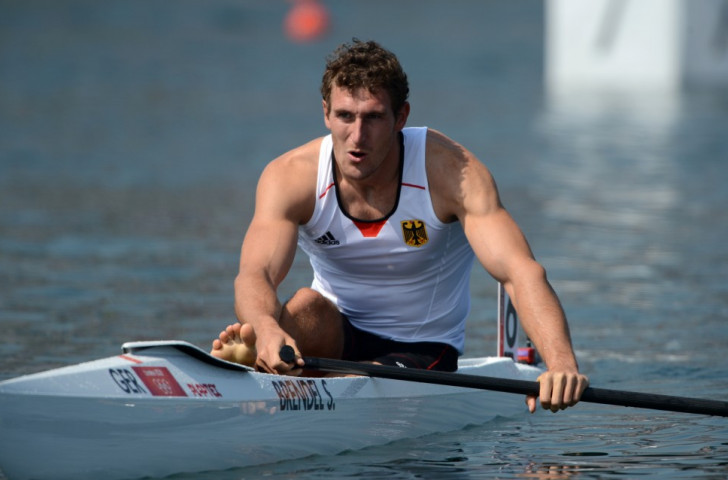 Brendel came up against arch-rival Isaquias Queiroz dos Santos and the Brazilian had the lead at the halfway stage but the German, urged on by a partisan home crowd, roared back to claim victory in a time of 3min 52.006sec.

Canadian Mark Oldershaw, winner of two gold medals at the opening World Cup event of the season in Montemor-o-Velho, Portugal, last week, had to settle for bronze this time around as he finished the race strongly in 3:55.005.

It proved to be a successful day for the host nation as Max Hoff clinched the men’s K1 1000m honours with a commanding time of 3:30.354 which saw him cross the line ahead of Josef Dostal of the Czech Republic and Denmark’s René Holten Poulsen.

“I had the perfect race today,” the German said.

“I was able to execute my race plan moving ahead of Josef Dostal and Murray Stewart in the 2nd half of the race with some good pace so I didn’t have to just sprint over the last 100 metres.

“I believe it is surer to have an impressive middle section to control the end of the race.”

The pair finished in a time of 3:19.391 which was just enough to beat the dogged Australians, while Hungary’s Zsombar Noe and Peter Vass came through to take the final podium place.

Elsewhere on the first finals day of the second Canoe Sprint World Cup event of the campaign, Olympic champion Lisa Carrington of New Zealand continued her excellent run of form as she added another gold to her collection in the women’s K1 500m race.

Carrington, who secured double gold in Portugal last week, took the title thanks to a time of 1:51.888 but she did not have it all her own way as she was run close by Poland’s Ewelina Wojnarowska and Belarusian Volha Khudzenka won bronze.

Lithuania’s Henrikas Zustautas reigned supreme in the men’s C1 200m event, finishing half a length ahead of nearest challengers Qiang Li of China and Spain’s Alfonso Benavides Lopez de Ayala in 39.897, while the men’s K2 200m narrowly went the way of Serbian duo Nebojsa Grujic and Marko Novakovic, who posted 31.669.

Britain’s Lani Belcher and Angela Hannah held off Germany’s Sabine Volz and Conny Wassmuth to win the women’s K2 200m in 38.218, and Maryna Litvinchuk and Marharyta Makhneva of Belarus clinched the K2 500m crown in 1:44.891.