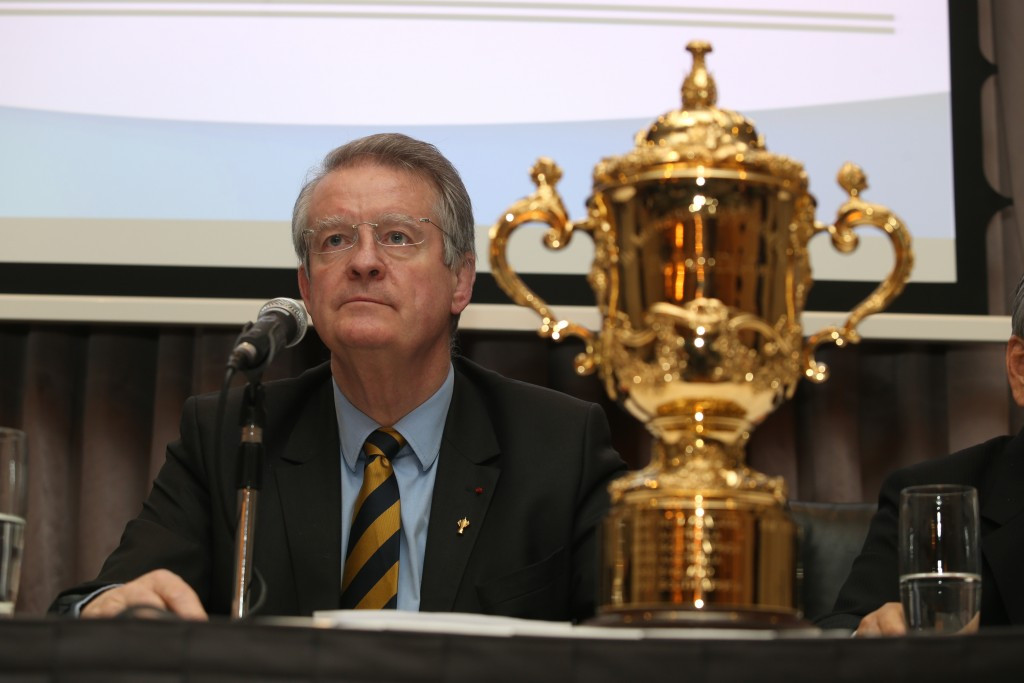 Bernard Lapasset has yet to decide whether to seek a third term next May as World Rugby President.

Interviewed at SportAccord Convention in Sochi, the 67-year-old Frenchman - who is also viewed as a possible President of the imminent Paris 2024 Olympic and Paralympic bid - replied as follows when pressed on whether he wanted to stay on: “I don’t know yet.

“Today I still have more than a year left.

“We need to know exactly what the eventual difficulties will be, or what the situation is.

“I made a firm commitment to install rugby sevens strongly in the Olympic Movement - and to keep it there for the long term.

“That is extremely important for the future of our sport.

“For the youth of tomorrow, Olympism will in my opinion be one of the key criteria for the existence of major sports, and rugby must remain a major sport.

“As for the 15-a-side game…there too we must be permanently at the top of the form.

“So the World Cup in Japan in 2019 is very important for the future.

“Those are the two commitments I made.

“At the end of my mandate we will see how things stand and what decision I might make at that time.”

The election will take place at the annual meeting of World Rugby’s 28-member Council in May 2016.

Those seen as possible challengers to Lapasset, who assumed office at the start of 2008, include England’s Bill Beaumont and Octavian Morariu of Romania who, unlike Lapasset, is an International Olympic Committee (IOC) member.

Lapasset was also non-committal about any eventual post in a Paris 2024 bid, saying “perhaps I will have a role to play” and “we have time to make up our minds”.

He referred to his working relationship with former canoeing champion Tony Estanguet, an IOC member seen as another possible bid President, as a “tandem”.

He went on: “Tony is an extraordinary bloke.

“We have made a good team the two of us…

“Once we are candidates, we will see how the candidacy is really being structured.

“That will be for September, so we will see then.”

In a wide-ranging interview, Lapasset covered the sport’s preparations for this year’s Rugby World Cup and Rio 2016, as well as giving his reaction to the extraordinary speech by SportAccord President Marius Vizer with which the week in Sochi got under way.